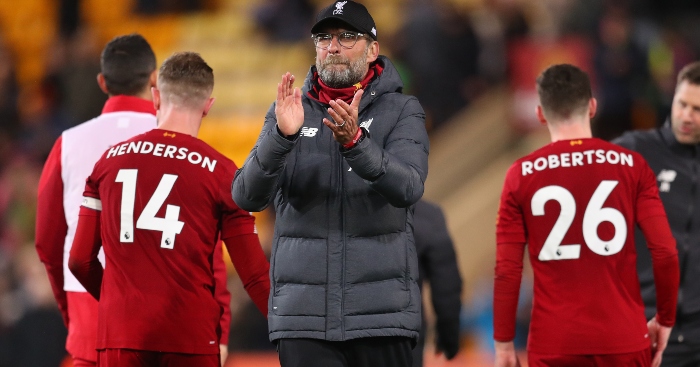 Jurgen Klopp praised his Liverpool players for raising the level of their performance in their 1-0 win over Norwich.

The Reds resumed their Premier League title charge after their two-week break by edging to victory and within 15 points of glory.

Klopp’s side struggled to find their rhythm in the first half but Sadio Mane’s introduction on the hour made the crucial difference.

Klopp told Sky Sports: “It was a difficult game for us. We had nice situations, good set-pieces but not really much more.

“The good thing is if we don’t play too well in the first half it is easier to improve.”

Klopp admitted he did not get a clear view of the winning goal.

He said: “I didn’t see it back but I’m pretty sure it was a fantastic finish. Sadio was fresh and made a difference… which was nice.”

F365 Says: Liverpool recalibrate while edging to within 15 points of glory