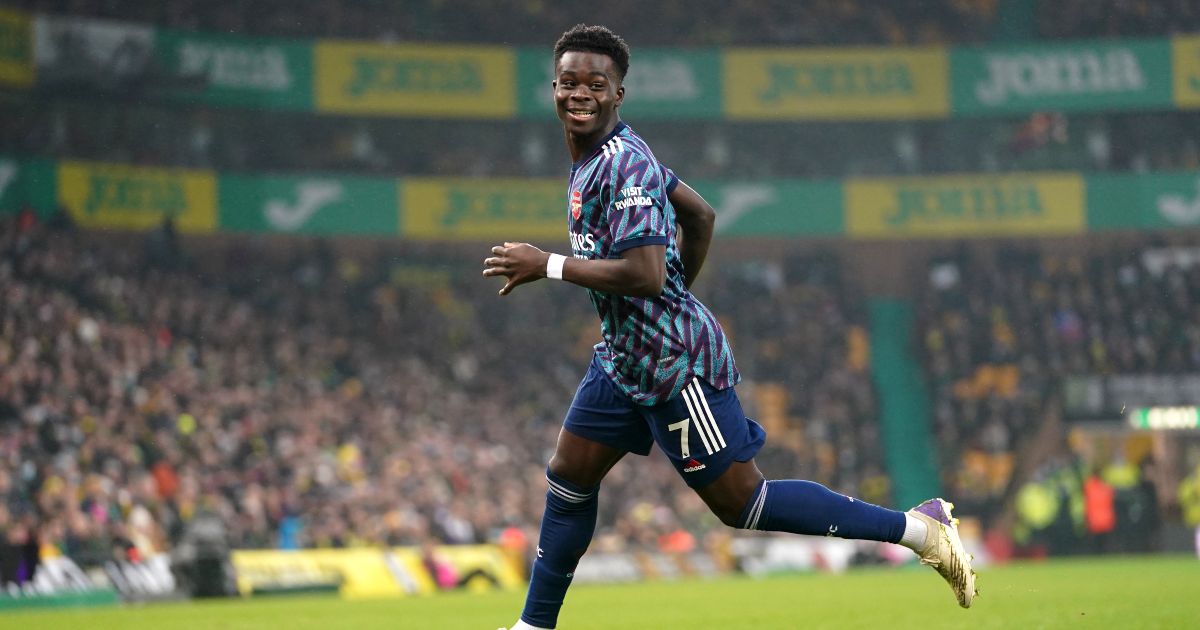 Premier League sides Liverpool and Manchester City are lining up moves for Arsenal winger Bukayo Saka this summer, according to reports.

The England international has contributed six goals and four assists in the Premier League this season and has become one of the Gunners’ most important players at the age of 20.

There have been rumours for a while that Liverpool are looking to bring some youth into their attack with Mo Salah, Roberto Firmino and Sadio Mane all around 30.

They strengthened in January with the signing of Luis Diaz from Porto, while they just failed to get a deal over the line for Fulham attacker Fabio Carvalho despite agreeing a fee for the England under-18 international.

There has already been speculation that Liverpool want to pursue a deal for Saka, who is out of contract next year, with Duncan Castles declaring on The Transfer Window Podcast that the Reds had included him on a “shortlist of potential additions”.

And now ESPN claim that Liverpool and Man City ‘are both watching the progress’ of Saka ‘and could make a move if the Gunners fail to qualify for the Champions League’.

The report sounds a warning to Gunners fans too by saying that ‘Arsenal face a crucial summer in their bid to keep the England youngster’.

Football.London recently insisted that Arsenal were ‘expected’ to offer Saka and his manager Arteta new deals in the summer.

Meanwhile, Steve McManaman said a couple of weeks ago that there “would be riots if Arsenal let him join Liverpool” in the summer transfer window.

“Bukayo Saka would be an amazing signing for Liverpool but I can’t possibly see Arsenal selling a key player to a domestic rival,” McManaman told the Sport Review.

“I can’t envision that move happening. He’s one of Arsenal’s star men. I’ve seen a lot of Arsenal this season and Buyako excites me more than any other player in their side.

“Would I love Liverpool to get him? Definitely. He brings you something different. He attacks down the right, takes people on and gets to the byline. A bit different to Mo Salah, who likes to cut inside, Saka is more of a winger but a winger that likes to chip in with goals and Liverpool do need a winger like him.

“However, there’s no way on earth that Arsenal will let him go unless it’s a case of his contract running out. He’s such a young lad but still a leading figure in that Arsenal side and he’s improving every single year, so there would be riots if Arsenal let him join Liverpool.”