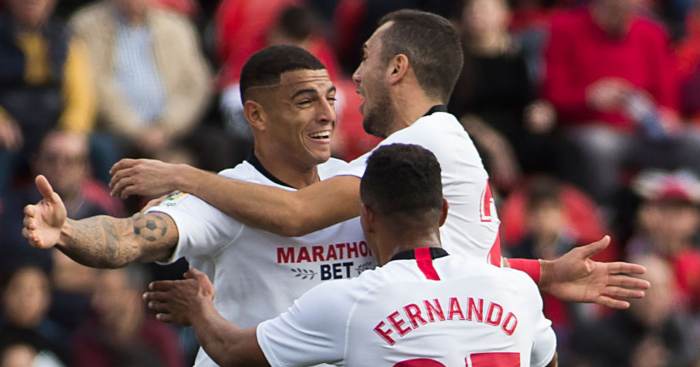 Liverpool are willing to activate Diego Carlos’ release clause in order to bring him to Anfield from Sevilla, according to reports.

The La Liga side signed Carlos in the summer for just £13.5m from French side Nantes and the Brazilian has already shone for his new club.

Sevilla have only conceded 17 goals in 18 La Liga matches this season with Carlos playing in every game.

And El Desmarque claims that Jurgen Klopp is keen to bring Carlos to Liverpool as a long-term partner to Virgil van Dijk.

Liverpool bought Van Dijk from Southampton two years ago and he’s been instrumental in their recent success, with the club winning the Champions League last term.

The report adds that Liverpool ‘have already started the negotiation race to try to reach a principle of agreement with the player’.

And the Merseysiders plan on meeting Carlos’ £64m (€75m) release clause at the end of the season.

If the Reds land the 26-year-old they will have to beat Real Madrid to his signature with the Spanish outfit eyeing up a replacement for Sergio Ramos.