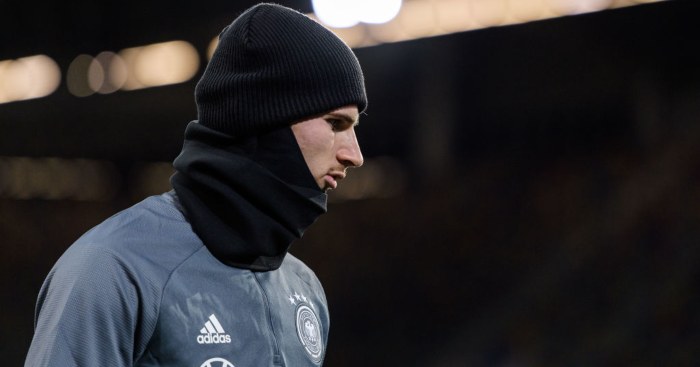 Liverpool will only agree to sign RB Leipzig forward Timo Werner if he agrees to one condition, according to reports.

Werner has been the standout performer for RB Leipzig during their incredible rise in recent times, contributing 76 goals from his 130 appearances across all competitions for the Bundesliga high-flyers.

His displays have seen the 23-year-old become the undisputed number one choice at center-forward for his country, and has attracted interest from all corners of Europe for his signature.

Manchester United and Liverpool have been touted as the likeliest of suitors from the Premier League’s perspective, but a report in the Daily Express recently claimed that Jurgen Klopp’s side have conjured up a plan to ensure they win the race for his signature.

As per the report from the end of October, Liverpool plan to sign the £50m-rated Germany star in January, before loaning the striker back to Leipzig for the remainder of the season.

And now Bleacher Report (via the Daily Express) claims that if Werner wants to join Liverpool then he must agree to start off as back-up in Klopp’s squad.

Liverpool have a front three of Sadio Mane, Mohamed Salah and Roberto Firmino with Klopp not keen on breaking up the fearsome trio for the time being.