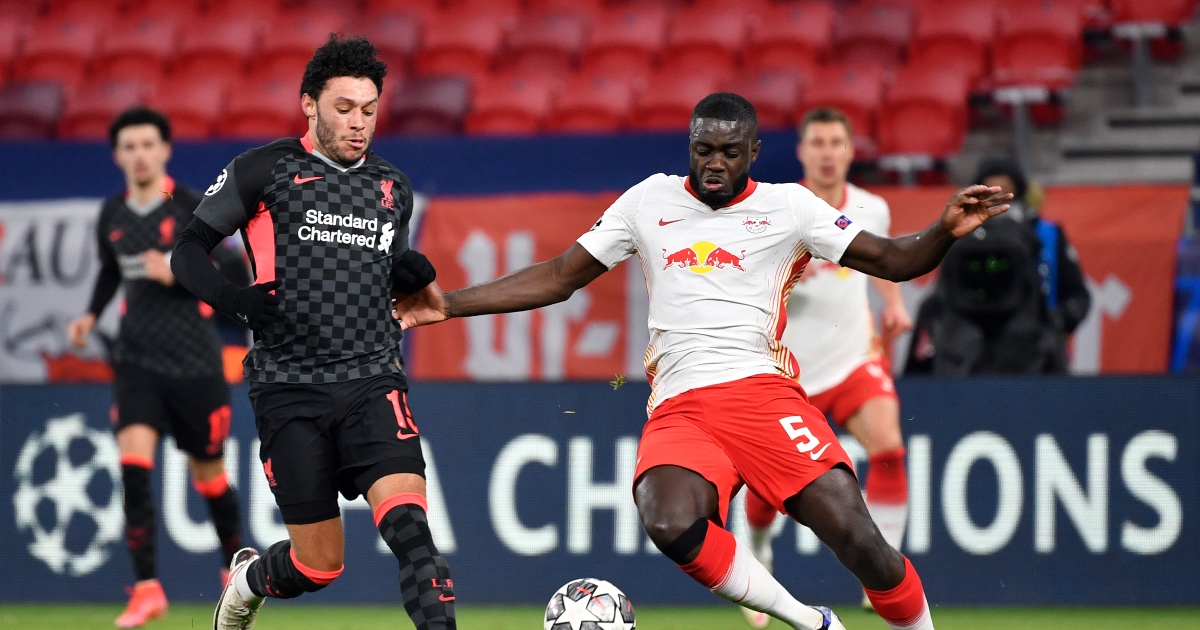 Liverpool will reportedly receive £1.3million in compensation from RB Leipzig after their Champions League venue was changed.

The second leg of their round of 16 tie has been moved from Anfield to the Puskas Arena in Budapest, Hungary.

The switch is due to coronavirus protocols in Germany, which would force Leipzig players to isolate for 14 days if they travelled to England.

According to German source Bild (via Daily Mail), Leipzig will pay Liverpool £1.3million in compensation for the venue change.

The second leg will see the two sides return to the same stadium that hosted their first game.

Liverpool ran out 2-0 winners in Budapest last month thanks to goals from Mo Salah and Sadio Mane.

The report states that Leipzig have to pay Liverpool due to UEFA’s ‘Coronavirus Return to Play’ rules.

The Reds are owed money as they have to travel for their home leg in the tie.

It amounts to 10 percent of the entry fee for Europe’s elite competition.

Liverpool were forced to pay the same amount for the two sides’ first game.

Revealing the news to Bild, Leipzig director Florian Scholz said: “We cannot play the game in Liverpool due to the corona[virus] rules. So Liverpool had to look for a new venue.

“Therefore, as the visiting club, according to UEFA regulations, we are obliged to pay compensation.”

Venues in Italy, Cyprus and Romania were all considered.

The Feyenoord Stadium in Rotterdam was touted as a potential location before the Dutch government blocked the decision.

Liverpool will need to recover from their awful home form to secure quarter-final qualification.

Since the first leg victory, they’ve lost to Everton, Chelsea and Fulham in the Premier League.

Their only win came against Sheffield United at Bramall Lane on February 28.

Boss Jurgen Klopp will be hoping their advantage can see them through in the second leg.