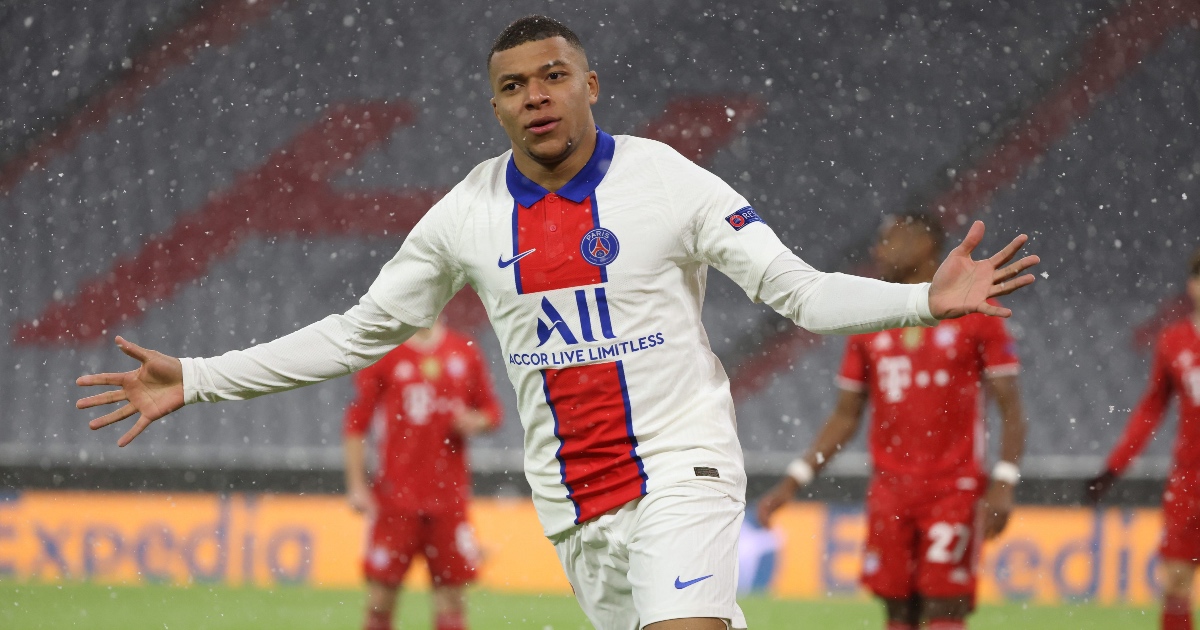 A reported change of heart from Kylian Mbappe has put Liverpool ‘on red alert’.

Reports last week suggested Mbappe had told Paris Saint-Germain he wanted to leave the club this summer, leading the Liverpool Echo to suggest Liverpool were put ‘on alert’.

But L’Equipe now claim Mbappe wants to honour the final year of his contract with PSG and move for free next summer, and that means Liverpool aren’t just on alert, but ‘red alert’, according to the Express.

Liverpool and Real Madrid are the two clubs consistently linked with the Frenchman, with Jurgen Klopp’s assertion back in 2019 failing to dissuade the rumour-makers.

Klopp said: “We [Liverpool] cannot do it, it is as easy as that. OK, from a sporting point of view, there are not a lot of reasons to not sign him, what a player he is.

“But it is about the money of course. No chance. Absolutely no chance, sorry for killing that story!”

Mbappe joined PSG from Monaco for £155million in 2017 and is among the hottest talents in world football.

And any move for the striker this summer would likely require a bid of at least that amount for PSG to agree to his transfer – putting Liverpool firmly out of the running.

But if the report from the French outlet is to be believed, Mbappe would be able to talk with potential suitors in January ahead of a free transfer next summer.

Meanwhile, Liverpool have already moved to improve their squad after the disappointing defence of their Premier League title by signing Ibrahima Konate from RB Leipzig.

More players could arrive at Anfield, but Klopp’s comments on the final day of the season suggested the Reds will not be splashing too much cash this summer.

“Could this squad improve? Yes, like each squad could.

“We have to make decisions in and out on all these kinds of things. It’s normal in the summer.

“There’s a moment in the pre-season when I hope we have the team we will go through the season [with].

“In that moment, we will work on being a really uncomfortable opponent. That’s the most important thing.

“We might not be the best team in the world at the start of the season, but we want to be again the team who nobody wants to play against because we are that good. And I think that’s possible.”