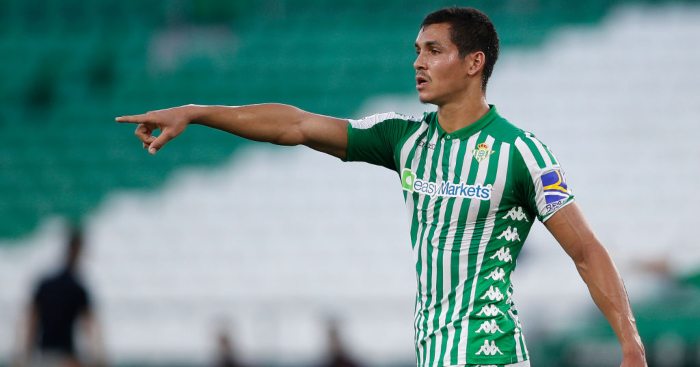 Liverpool have made a bid for Real Betis defender Aissa Mandi after selling defender Dejan Lovren, according to reports.

Lovren ended a six-year spell at Anfield on Monday after making just 15 appearances this season, falling to fourth-choice centre-back in the pecking order behind Virgil Van Dijk, Joe Gomez and Joel Matip.

The Croatian international completed a £10.9million move to Zenit St Petersburg and Jurgen Klopp thanked him for being a “very, very important part of this team”.

And now they have the money in the bank, reports from Spain claim that the Reds are going after another centre-back to plug the gap.

COPE (via Sport Witness) claims that new boss Manuel Pellegrini had his first meeting with the Betis hierarchy on Wednesday to ‘discuss the current situation’.

Pellegrini met to talk incomings and outgoings with Zouhair Feddal understood to be the only likely exit from the club this summer but Liverpool’s interest in Mandi could change that.

The likes of Napoli’s Kalidou Koulibaly and Bournemouth’s Lloyd Kelly have been linked and now Liverpool have made a €10m bid for the 28-year-old.

Liverpool are ‘very interested’ in Mandi despite their initial offer being ‘far’ from the centre-back’s release clause.

That clause is set at €30m, but with his deal running out next summer, it is likely that Betis’ demands for Mandi will be ‘significantly lower’.