Home Mediawatch Why are Liverpool relaxed about Mo Salah ‘own goal’? 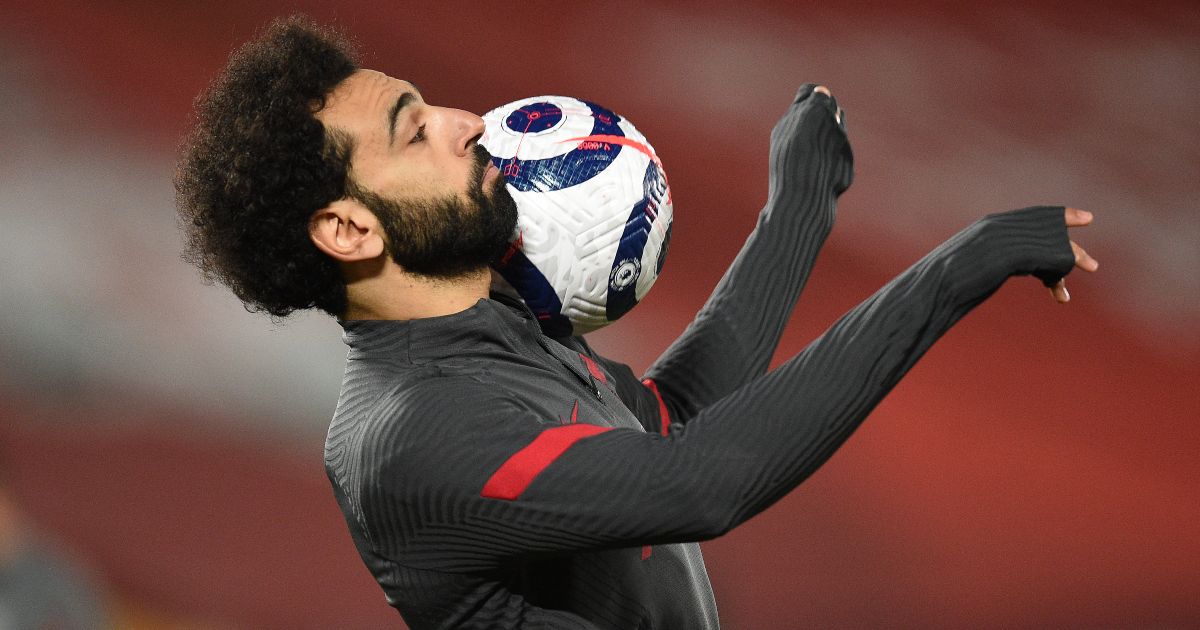 Mo Salah has scored an ‘own goal’ by saying something non-committal and banal. The fool.

Salah-Balah
We covered this in more detail here, but Mo Salah has not ‘again hinted Real Madrid could be his next move’ (The Sun), he literally answered a question about Spanish football (not Real Madrid) very politely by saying:  “I hope to be able to play for many more years. Why not? No one knows what’s going to happen in the future, so…maybe one day, yes.”

He even tried very bloody hard not to answer a question about his future, saying: “It’s not up to me. We’ll see what happens but I prefer not to talk about that now.”

But of course ‘Mo quit fear just got Real’.

(Despite the fact that he cannot actually ‘quit’ Liverpool unless Liverpool actually decide to sell him. Because contracts.)

This means bore
Mo Salah really did do his damnedest not to answer any question about his Liverpool contract or his future in his conversation with Marca.

This is literally the exchange as published by the Spanish website:

‘Do you see yourself at another club after four years at Liverpool? Is it time to move on?
‘It’s not up to me. We’ll see what happens but I prefer not to talk about that now.

‘You’ve played in England and Italy. Are you keen to try out Spanish football?
‘I hope to be able to play for many more years. Why not? No one knows what’s going to happen in the future, so… maybe one day, yes.’

So Mediawatch finds it incredible that these quotes are derided in the Daily Mail as an ‘own goal’, even as they are described as ‘ambiguous answers’. Was he supposed to say ‘no, I would never play in Spain’? That would be a ludicrous thing to say while in conversation with a Spanish newspaper.

The Mail even admit that Liverpool do not see these comments as an issue, which would be odd if Salah had indeed scored an ‘own goal’.

‘The club were relaxed about this latest interview, as they were when he spoke before Christmas and, again, when he gave some comments to a Norwegian TV station in January.’

So if Liverpool don’t have a problem, then why should Dominic King?

‘What grates about this interview is the timing — and the choice of publication.

‘Marca, of course, have a history publicising Real Madrid’s most wanted and it is something of a coup for them to get Salah to speak eight days before the clubs square up in the Champions League.’

It is. And yet Marca themselves thought those quotes were so anodyne that they did not flag them up as part of the interview. Their headline is ‘Salah: Ramos? That game is in the past, so I don’t think about it’ while they sell it as ‘Salah sat down with MARCA to discuss the tie, that Ramos incident, Eden Hazard and plenty more besides’.

No mention of Salah as a Real Madrid target. No mention of his Liverpool contract situation. It’s almost like they’re more interested in Sergio Ramos. Indeed, that these were the very last questions of the interview is telling. But it seems Salah should not swerved the questions entirely.

‘At a time when Liverpool need tranquillity, he should have said nothing.’

Nothing? He should have refused to answer? Behave. He is a grown-assed man and probably expects to be treated like one.

‘Norway sensation Erling Braut Haaland will demand a five-year package worth £78million to move clubs this summer. That is the massive figure, worth a basic £300,000-a-week, being quoted to a clutch of clubs chasing the prolific Borussia Dortmund striker’ – Daily Star, February 20.

‘Haaland is also believed to be demanding a weekly salary of £350,000 and Manchester City are keen as Sergio Aguero is expected to leave in the summer’ – Manchester Evening News, March 15.

Which is odd in itself because The Sun themselves told us on March 9: ‘Man City turn to Erling Haaland transfer after being put off by Mbappe’s staggering £600k-a-week wage demands.’

He will be demanding a quadrillion by June.

Money, money, money
That’s Charlie Wyett on the back page of The Sun there, doing some exclusive adding-up to reach a package ‘costing more than £300MILLION’ for Erling Haaland.

On the back page of the Daily Mail, Jack Gaughan disappointingly reaches only £200m, the silly beggar not realising that you have to include all the wages from a contract that will almost certainly not be completed on those terms in order to arrive at the biggest number possible. Amateur.

We do though have to contest his claim that Haaland and Jack Grealish ‘would be expected to cost close to £200million’. As the Mail themselves reported that the Norwegian has a price tag of £154m, we would like to wish City the best of British luck in persuading Villa to sell their captain and talisman for little more than £40m.

But Mediawatch knows better. This – as we suspected – is the Mirror taking you ‘inside’ the Daily Mail for such insights as these: 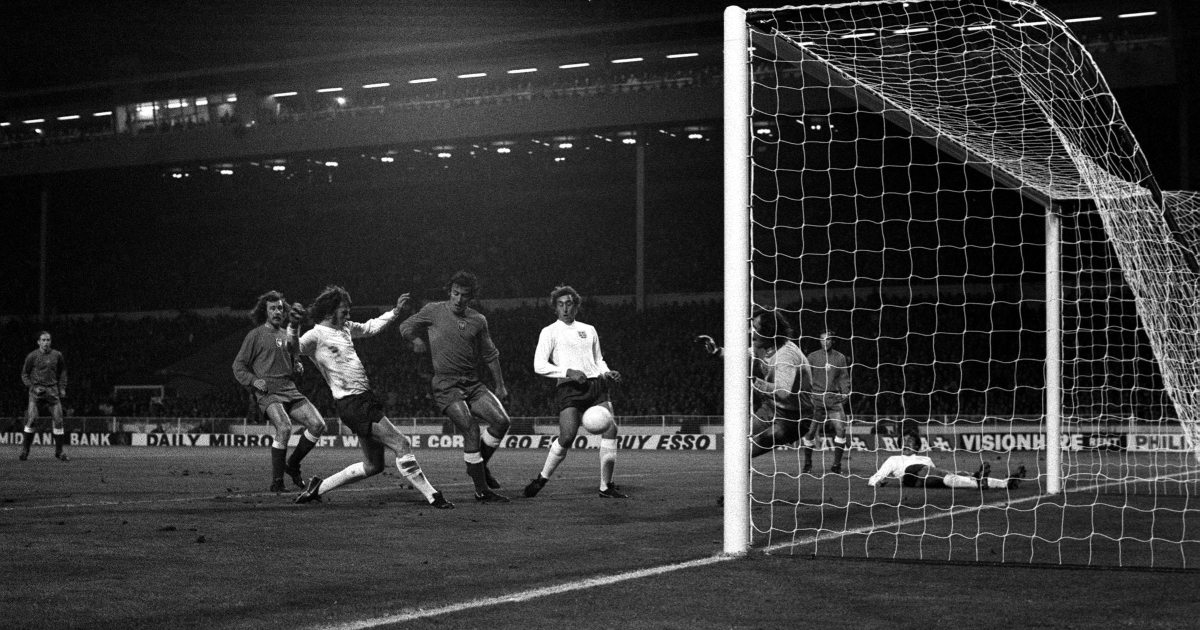 Precious mettle
‘AT LAST, A TRUE TEST OF METTLE’ is the headline in the Daily Mail, sending Mediawatch scurrying to check that we are indeed playing Poland, who last beat England – for the only time – almost 50 years ago. And what’s more, this is Poland robbed of their only world-class player.

Ian Ladyman carries on regardless…

‘Preparing for a major tournament is a thankless task, even before you take into account a global health emergency.

‘So bloated are modern qualifying groups that elite nations such as England are rarely asked to play a truly top-class side in the two-year periods that traditionally separate summer finals.

‘Since the summer Nations League finals of 2019, for example, Gareth Southgate’s side have played 16 games.

‘Only two — home and away to Belgium — have been against a genuinely first-rate team. No wonder it can be difficult when a World Cup or Euros actually begins. The step up can prove challenging.

‘At Wembley, Poland are the opposition in England’s last competitive game before this summer’s Euros. At least they are ranked inside the top 20 in the world, at 19.’

Even if you ignore the fact that England have contrived to lose twice to teams that are not Belgium in the last two years, this is all very odd. Painting Poland (19th in the world) as a ‘true test of mettle’ but ignoring Denmark (12th above Germany and the Netherlands) and Wales (18th above Poland) is bordering on the bizarre.