The Sevilla defender has been a big hit in Seville since joining from Nantes for €15m last summer. 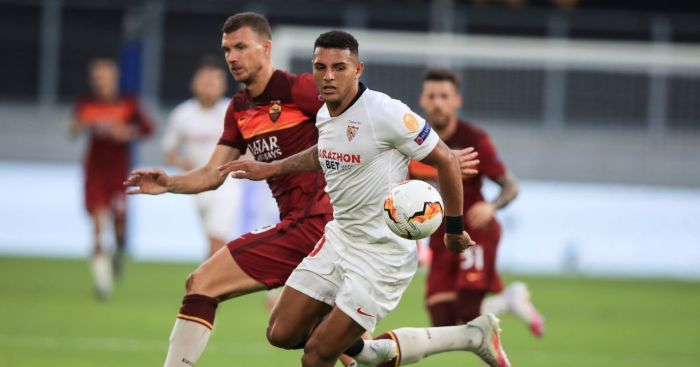 Liverpool and other interested clubs have been told that Sevilla want Diego Carlos’ release clause if they are to let him go this summer, according to reports.

With Dejan Lovren joining Zenit St Petersburg, the Premier League champions are likely to be in the market for a centre-back to compete with Joe Gomez, Virgil van Dijk and Joel Matip.

Carlos has been a big hit in Seville since joining from Nantes for €15m last summer and back in March ABC Sevilla said Carlos is ‘on the radar’ of Liverpool, Barcelona and Real Madrid.

Earlier this month, a report said that Arsenal’s hierarchy have united over their interest in the Brazilian, with Mikel Arteta identifying Carlos as a ‘key part of his plans’ moving forward.

However, the Gunners are not named in the latest report coming out of Spain with AS (via Sport Witness) claiming Carlos is aware of ‘dizzying offers’ made for him with Liverpool, Bayern Munich and Manchester City all named by the publication.

Sevilla have told clubs they want Carlos’ €75m release clause but the report insists they could still accept less depending on the level of offer.