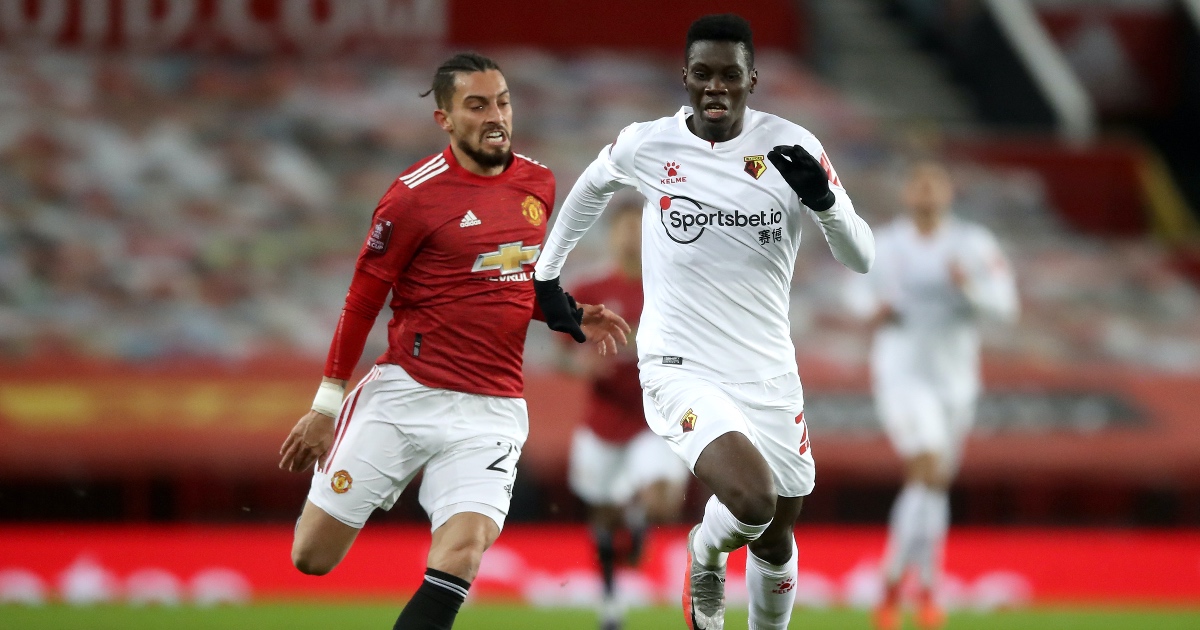 Liverpool are reportedly lining up a move for Watford winger Ismaila Sarr.

The Reds were keen on bringing the 23-year-old on loan with a view to a permanent transfer when the Hornets were relegated from the Premier League in 2020.

But Sarr remained with Watford – who were only considering permanent deals at the time – and he enjoyed a fruitful season in England’s second tier, scoring 13 goals in the process.

But 90min claim Liverpool have rekindled their interest in Sarr.

Klopp has long been an admirer of the Senegalese forward, who joined Watford for a club record fee of £30million from Rennes in 2019.

Liverpool are said to be ready to pay as much as £40million for Sarr, who is said to be aware of the interest.

And he has reportedly told Watford that he wants to be allowed to make the move, should a significant offer be made.

But Liverpool will need to make room in the squad and raise funds through unwanted player sales.

And The Athletic claim the Liverpool bosses believe they can recoup £53million.

Harry Wilson – who has two years left on his current contract – appears to be nearing a move away from Anfield after a number of loans.

Benfica are said to be interested, as well as newly-promoted Brentford and recently-relegated Fulham.

Liverpool want around £15million for the playmaker, but are yet to receive a bid to match that valuation.

Wilson’s compatriot Neco Williams is another man set to be allowed to leave the club.

Trent Alexander-Arnold’s understudy is said to want more regular game time and is valued at £10million; a move to another Premier League side is most likely.

Xherdan Shaqiri is another player mentioned in the report.

The Swiss international is valued at £13million and only started five Premier League games last season.

But a fine showing at Euro 2020 could lead to more interested parties amid claims he has been offered to Atletico Madrid as part of a deal to bring Saul Niguez to Anfield.

Marko Grujic has never started a Premier league game for Liverpool and is also tipped to leave the club in the transfer window.

The midfielder impressed on loan at Porto last season and is valued at £15million.

A number of clubs – including Porto – have been linked with his permanent signature, with Serie A side Sassuolo one of those consistently mentioned.