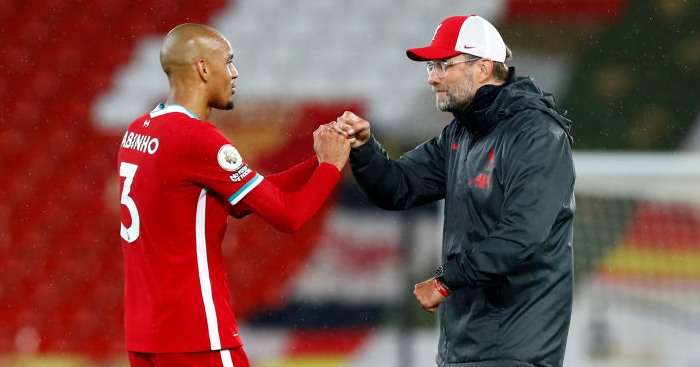 ‘They are not prone to knee-jerk reactions and do not anticipate deviating from this path even if results were to deteriorate.’

When you read sentences like that – this time from The Athletic – you wonder why every club cannot be powered by such outlandish ideas as sticking to long-term plans and not lurching with every result or injury towards the transfer market. Putting loyalties aside, surely everyone wishes their club was run like Liverpool.

Obviously it helps if you already have a world-class manager and a squad of extraordinary players, but it’s hardly like those two things have happened by accident or in isolation. Since Jurgen Klopp arrived five years ago, Liverpool have not made a single expensive mistake. There is no player kicking their heels in the Liverpool squad worth significantly less than was paid for their services. There is no Mesut Ozil. No Phil Jones. The only Liverpool player on this list cost £1.3m.

So when you read that Liverpool are not planning to move for a centre-half in January despite losing two to long-term injury, you raise your eyebrows but then you nod. Of course they won’t. They will know exactly what positions – and in some cases, with exactly which players – they will strengthen in every summer transfer window over the next two-three years and those plans will not change because of a pair of injuries that might look devastating from the outside. There will be solutions but they will be internal solutions.

Liverpool know that any defender they could sign in January will either be ridiculously expensive – every club will smell their desperation and see their bulging purses from across Europe – or a short-term fix not worthy of a place in that defence. It’s almost five years since Steven Caulker and that will not happen again in 2021 or for as long as Klopp and the transfer committee remain entirely in tune with each other and the rest of the football club.

And it’s looking at the football club beyond the 25-man Premier League squad that is key here. There is little point in spending millions on bringing players through your academy if you do not trust anybody who emerges from there in a crisis. Nat Phillips, Rhys Williams and Billy Koumetio have all been coached by Liverpool coaches in the Liverpool style and it’s absolutely right that Liverpool should trust them above a short-term, external solution. If nothing else, their price tags will have been inflated by first-team appearances; if he were still in charge of Bournemouth, Eddie Howe would already be planning a £20m bid for Phillips.

Liverpool may also remember that by far the most disastrous defensive performance of the season came with Virgil van Dijk and Joe Gomez as the central defensive pair. They have conceded just five goals in seven games since that humbling 7-2 defeat to Aston Villa, using six centre-halves along the way. None have disgraced themselves and one will likely return this weekend with Fabinho set to partner Joel Matip in a line-up that really does not look too shabby despite all the panicking posts on social media and bombastic ‘Liverpool injury crisis with NINE first-team stars out’ headlines. With Thiago also back in training, injury-ravaged Liverpool could still field an XI of full internationals.