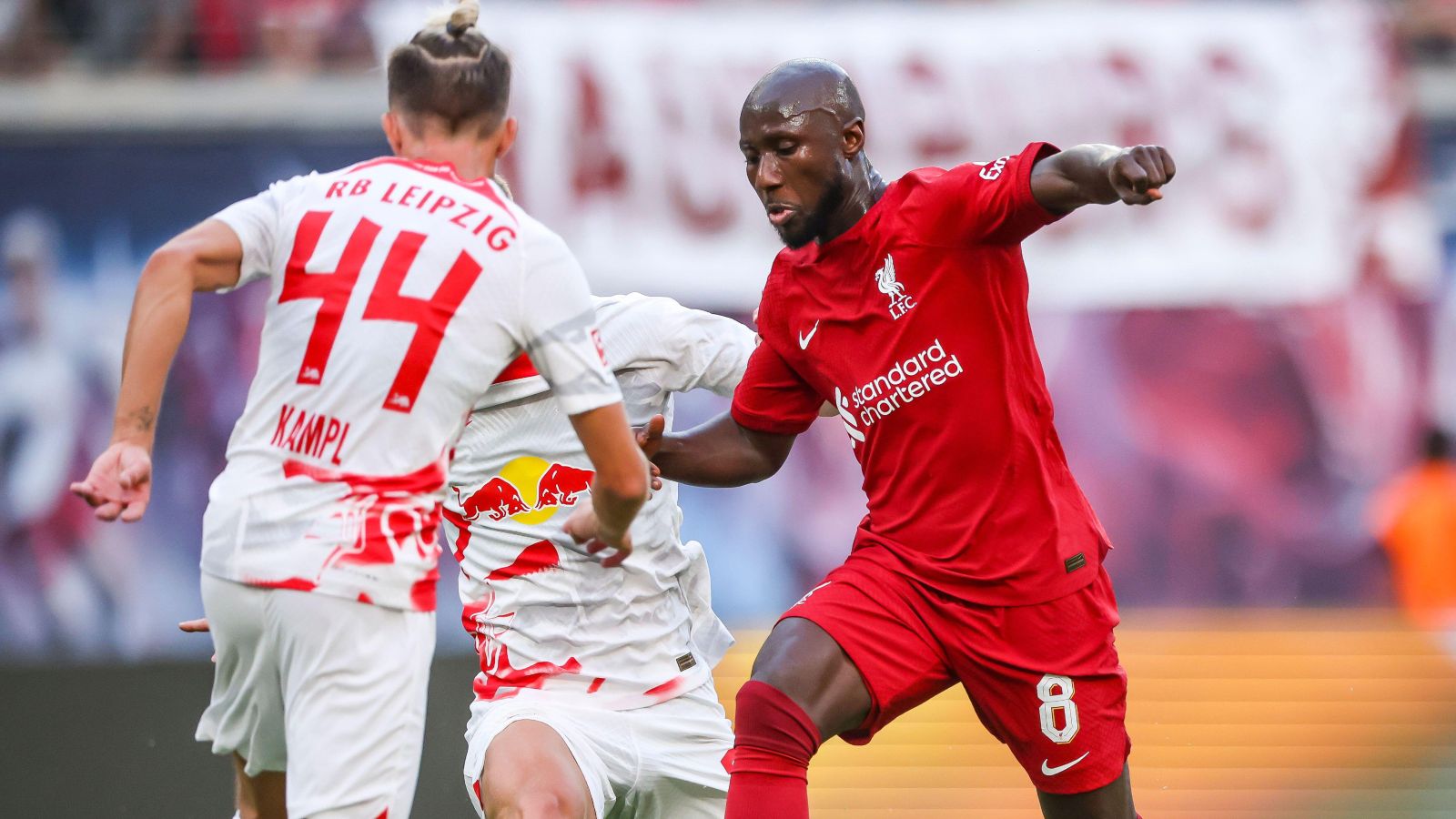 Liverpool could lose Naby Keita for nothing next summer unless they can reignite unsuccessful talks over a new deal, according to reports.

The Guinea international signed for the Reds from RB Leipzig in 2018 for £53m with much excitement over his signing after an impressive couple of seasons in the Bundesliga.

However, it has gone completely to plan for Keita at Liverpool with the 27-year-old suffering a number of injuries which have hampered his time at Anfield.

Sky Sports Deutschland has reported that Keita is ‘unhappy’ with reporter Florian Plettenberg adding: “There is movement, because Naby Keita is not at all satisfied with his role.”

However, the Daily Mail insists that Liverpool ‘have no intention of allowing’ the midfielder to leave the club this summer with former club RB Leipzig reportedly taking an interest.

The Reds are so adamant they won’t sell him that they are ‘willing to risk losing him for free next summer but still hope to reach a solution over new terms’.

Keita is ‘considering his future after talks over a new contract stalled’ with Liverpool ‘assessing potential short-term midfield options regardless’.

Harvey Elliott and Fabio Carvalho were played over Keita in their recent 1-1 draw against Crystal Palace with Keita potentially dropping down the pecking order.

Liverpool have drawn both their opening two fixtures of the campaign with the Reds also being held to a 2-2 draw against Fulham on the opening weekend of the season.

Klopp’s side have been suffering with injuries and Liverpool legend Jamie Carragher particularly thinks they were missing attacking options off the bench.

Carragher said: Missing Thiago is a huge loss, you can’t really replace him. Where the injuries really hurt Liverpool was they couldn’t bring in an attacking player from the bench.

“Firmino, Jota, someone when you need a goal – that’s a problem. They’ve ended up with Nat Phillips at centre-back so they’ve had injuries in one position, three centre-backs are out, the problems they had in one position – Phillips found it tough tonight.

“But Liverpool had a team on the pitch to beat Crystal Palace and I think if Nunez stays on the pitch they go on and win that game.”