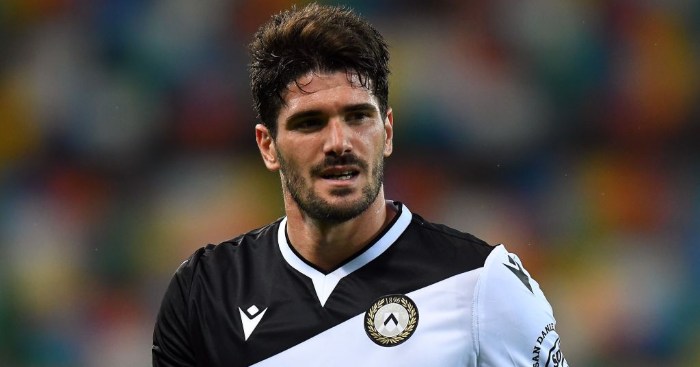 The midfielder has been heavily linked with Leeds since last summer.

The Whites were thought to be closing in on a transfer back in September, although it never materialised.

They will now face competition from fellow Premier League side Liverpool if they want to sign De Paul.

According to The Sun, the Reds have entered the race to sign the 26-year-old.

They seem to have lined up the player as a potential replacement for Gini Wijnaldum, who could leave for Barcelona this year.

The report states that Udinese will accept offers in the region of £40 million, but a transfer race could see this number rise massively.

Leeds boss Marcelo Bielsa is thought to be a big fan of the creative player, who can also play as an attacking midfielder.

He would likely fit Bielsa’s system at Elland Road well.

Liverpool scouts have also been impressed by the Argentinian international. He would add plenty of quality to their midfield, alongside current players Jordan Henderson and Thiago Alcantara.

He captained the side as Udinese finished 13th in Serie A.

That form saw him appear on transfer wish lists across Europe. He is seen as a cheaper alternative to other midfield options, such as Houssem Aouar who has been linked with Arsenal.

It looks like De Paul could make a move to the Premier League in 2021, with Liverpool and Leeds both interested in the midfielder.