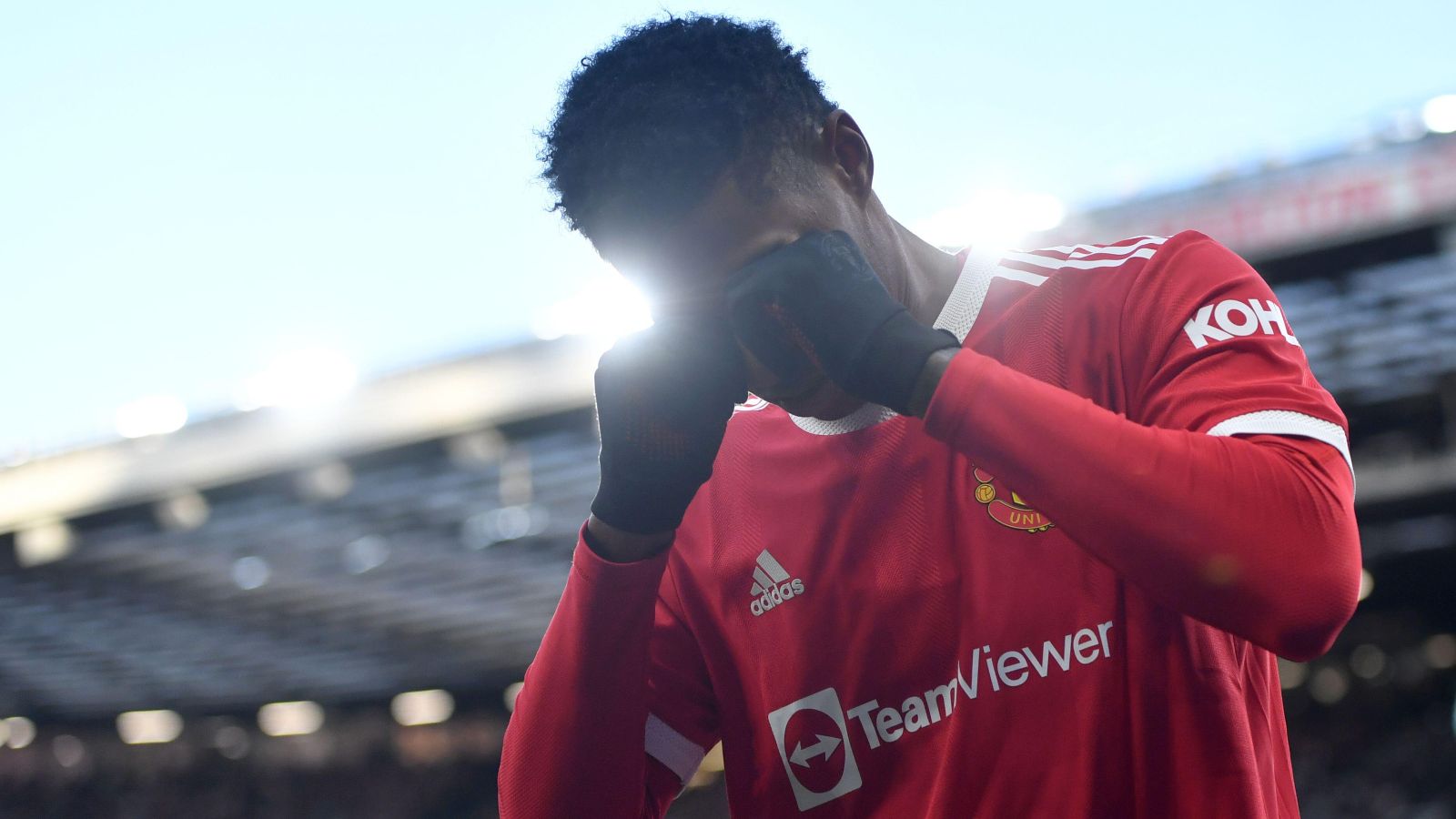 A short but enjoyable Mailbox this morning. Send your thoughts to theeditor@football365.com.

Excuses365
I guess this shouldn’t be a surprise anymore that Football365 is biased towards promoting Rashford. The propaganda to show Rashford in positive light whatever his abject performances by Football365 is disgusting!

For over a year charity boy has been abysmal so much so that even the likes of Ashley Young & Marouane Fellaini would seem world beaters compared to Rashford. Caragher was the first pundit to call out breakfast man which was after a few days followed by Roy Keane, Rio Ferdinand, Paul Scholes & Paul Parker! Yet Football365 find that Rashford is playing well?

Football365 seems that it can’t take any criticism of an MBE mediocre player who can write 3 books in less than a year despite playing for 1 of the top clubs in the world.

I had a piece written on Rashford yesterday with the title “£200,000 per week” only for the title to be replaced by “some absolute b*llocks about Rashford”. Football365 willing to reframe how the readers would perceive the article! Is that what you are all about at Football365?! If you’re so adamant that a mediocre player with no will to make any effort for a team which pays him £200,000 per week to perform shouldn’t be criticized when he plays poorly then you should rename from Football365 to Excuses365!

Thankfully unlike propaganda & politics, performances on the pitch do not lie & more & more people are finding out what an mediocre player Rashford is despite his huge PR spin & institutions like Football365 trying to divert from the reality!

Man United are sh*t so play *some* of the kids
I don’t think I’m making too controversial a statement when I say Manchester United are currently sh*t, our season is over and we’re not getting Champions League football. My question for Mr Ragnick then is “why give the likes of Pogba another game?”

There’s plenty of players in the squad that I, along with many other supporters, don’t want to see at the club next season; it’s quicker to list the ones that I’d like to keep. However, in Pogba, Lingard, Cavani and Mata, there’s four senior players that are invariably in the team or on the bench (when fit) that we know are not going to play a part beyond the summer. Why bother picking them again?

There’s nothing to lose, so why not give some of the youngsters a chance in their stead? Shoretire, Hannibal etc. They might actually try a bit and the clinically fed up Old Trafford crowd will get behind them. I’m not going full PFM and saying “just play all the kids”, but the four players I listed can be consigned to the past. Why even have them on the bench anymore? Maybe give Mata and Lingard a run out on the last home game because they’ve generally been good servants to the club and deserve a round of applause, but other than that? What’s there to lose, because I genuinely believe there’s no team the other nineteen would rather face right now, and that’s pretty humiliating.
Lewis, Busby Way

Gerrard the Merciless
Personally, I would add one more paragraph to the Losers column from this weekend: Steven Gerrard & Graham Scott

I am neither Spurs nor Villa fan but in the first 15 minutes of their match I became angry about how little concern Villa players showed for their counterparts health. There were 3 fouls by Cash, Mings and Ings that for me for borderline yellow/red while only one of them was punished with a yellow. Matt Doherty was injured in the process, while Kulusevski and Reguilon were very fortunate they could continue.

The worst part is that this was definitely a deliberate tactic from the manager, not one-offs from the players. A tactic that worked for that matter as Spurs were totally overrun in the first half after these “tackles”. Graham Scott was complicit as he did nothing to calm the players down and instead let this continue, only showing the yellow after the last foul.
Jan, Prague

Liverpool robbed of the title
Today’s “discussion” regarding VAR and Liverpool reminded me of a letter I’ve been planning to send for a few weeks. So here it is…

When Liverpool lost the league by a point in 2019, I had no gripes. City has been fantastic, and Liverpool played their part in the most competitive battle ever. I was frustrated at Stones’ millimetre clearance off the line but the technology gave the correct decision.

This season I don’t feel the same, but can’t decide if my viewpoint is somewhat myopic, and tainted by my love of Liverpool. I’m therefore looking for your help.

From my perspective Liverpool have been on the receiving end of a few incredibly bad decisions at critical points in games. I’m not talking about the odd dodgy decision, I’m taking decisions that are beyond debate and impacted the result (eg the non-sending-off of Sanchez for the foul on Diaz doesn’t count as Liverpool still won).

The ones I see that may ultimately cost Liverpool the title give an eight point swing in City’s favour, they are:

So, the questions are: do City fans have similar gripes from their games? Can you point to game defining moments in favour of Liverpool? Or has bad refereeing and VAR potentially robbed Liverpool of the title?

Remember, they have to be clear mistakes beyond debate, and have to be game changing.

Thank you for your help.
Rob

More diving?
OK – I realise that this is the ( insert  your own very large number here) email about VAR – but please give me a minute! Does anyone else think that there is actually MORE diving going on now? It seems to me that players have cottoned on to the fact that referees seem to have stopped booking them for simulation (can anyone remember the last player to be carded for it in a televised game?) so they take a chance and tumble to the ground with an agonising scream and no little dexterity( current ” best “exponents IMO  are Richarlison and Sterling)
See I told you I only wanted a minute!
Phil( can we drop the phrase ” he went to ground quite easily” please) Liasides

Just enjoying Liverpool
R reckons we Liverpool fans should be embarrassed at our measly haul of a champions league and a premier league, (league cup, club World Cup and supercup don’t count and obviously nobody smiled when we lifted those), but as a 30 year old Red I’m watching the greatest team of my life and I’m enjoying it an awful lot. It’s easy to say now we’ve finally got the league title monkey off our backs but winning the league didn’t actually impact my life at all. If I’m being honest neither did the champions league, or anything else. Turns out that as much as I love the Hendo Shuffle, and as much as I’d enjoy seeing it again this season, I’m mostly just happy with some exciting football, delivered by players and a manager that I am proud to associate with my club.

Only football fans seem to feel the need to spend as much time denigrating other teams achievements, as they do celebrating their own. Life’s too short, R. Have some fun, enjoy your own team and remember that the shiny pots won by millionaires don’t affect you in the slightest.
Manjo, LFC (if we should be embarrassed at the last 7 years then what’s the word for United fans?)