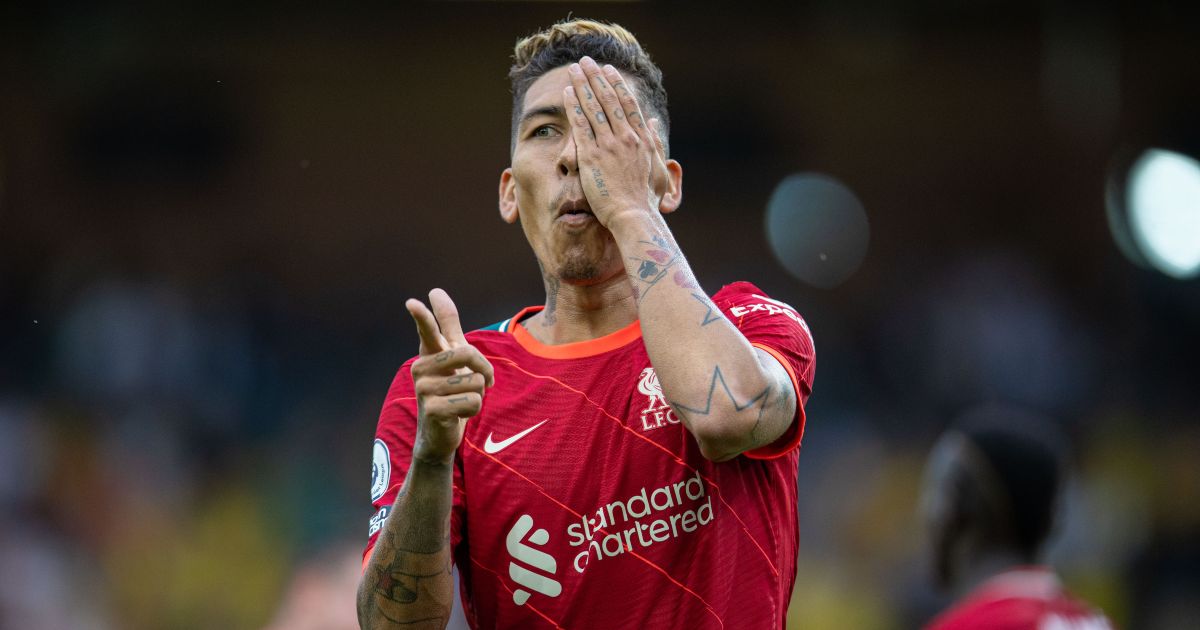 Liverpool won’t win the Premier League title after they failed to strengthen their attacking options in the summer transfer window, according to former Aston Villa striker Gabby Agbonlahor.

Roberto Firmino has scored 88 goals in 295 matches for the Reds since joining the Premier League club from Hoffenheim in 2015 but his return of nine goals in all competitions last season drew criticism.

Liverpool only brought in defender Ibrahima Konate from RB Leipzig over the summer despite encouragement from fans and pundits to improve their attacking depth.

And Agbonlahor thinks their failure to improve on Firmino and add another attacker to their squad means the Reds will fall short of the Premier League title.

“They will be in a race, but for me, they won’t win it. They have missed out this transfer window by not bringing in another attacking player,”  Agbonlahor told talkSPORT.

“Firmino’s strike rate is worse than mine, and that’s saying something. He is injured now.

“If one of [Diogo] Jota, [Sadio] Mane or [Mohamed] Salah gets injured, two of them are going to the Africa Cup of Nations, so you need better squad depth.”

One player the Reds have been linked with recently is Borussia Dortmund midfielder Jude Bellingham, who started in England’s 4-0 victory over Andorra on Sunday night.

And former Premier League striker Noel Whelan thinks Bellingham would be an incredible signing for the Reds next summer.

When asked if he thought Bellingham would be a good fit at Liverpool, Whelan told Football Insider: “Wow, he would be an amazing signing.

“I thought he was excellent against Andorra. I’m always excited to watch him. He ticks every single box as a midfielder.

“He has good stature, a good engine, a great passing range and vision. I love the little drag backs and nutmegs. He is just technically very gifted. The complete midfield player.

“I’m sure it’s not just Liverpool keeping an eye on him because he is a really, really exciting prospect. A lot of the top clubs in Europe will be interested.”