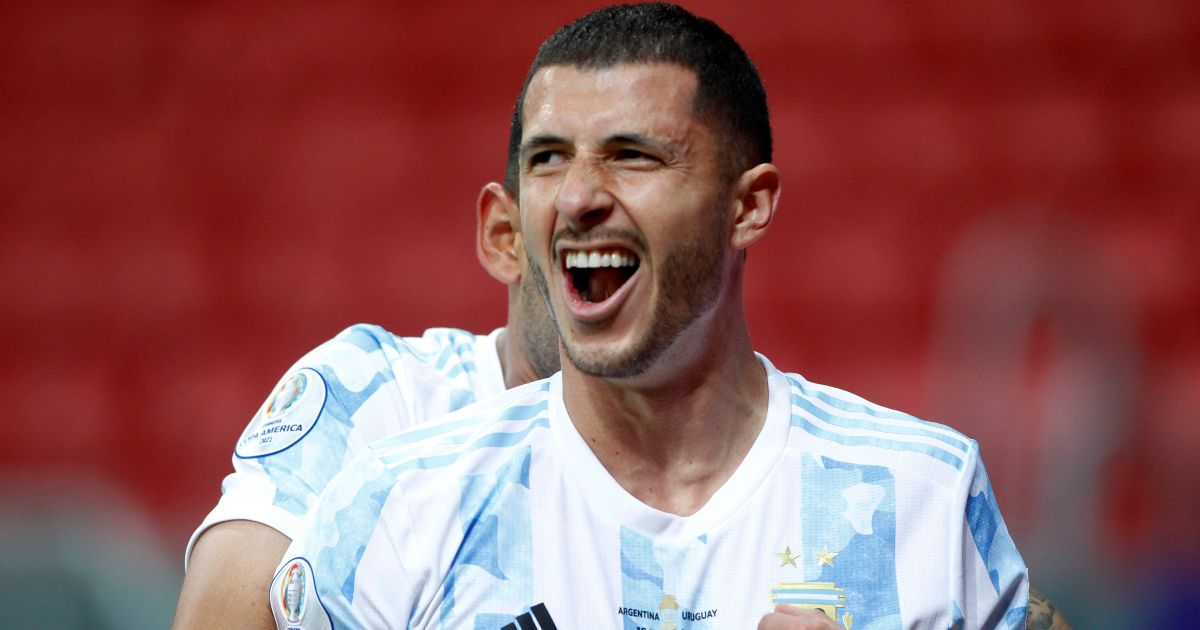 Liverpool are reportedly ready to ‘sacrifice’ either Joel Matip or Divock Origi in their bid to sign Guido Rodriguez this summer.

Rodriguez played 35 La Liga games for Real Betis last season and Spanish outlet Fichajes claim the Reds are interested in bringing him to Anfield this summer.

The report states that Betis value Rodriguez at €50million and Liverpool have responded to that valuation by offering up Divock Origi or Joel Matip in part-exchange.

READ MORE: What is a football club? Sir Bobby Robson put it best…

That may explain why Estadio Deportivo claim that Jurgen Klopp’s side could sign the defensive midfielder for as little as €10million, with either one of Origi and Matip moving in the other direction.

It’s thought Liverpool are on the lookout for midfield reinforcements following Georginio Wijnaldum’s move to Paris Saint-Germain this summer.

Meanwhile, Fabinho has put pen to paper on a new long-term contract at Anfield.

“I’m delighted to have signed a new contract with the club,” Fabinho told liverpoolfc.com, with the terms of the deal not disclosed.

“Since the beginning of the conversation, I was really positive about it because it’s what I wanted – staying in this club, keep playing for Liverpool. Now this is official and I’m really happy.

“These last three seasons I’ve been really happy here. I learned a lot with the manager, with all the staff, with the boys as well.

The 27-year-old has played 122 times for the Reds, scoring three goals – most notably against title rivals Manchester City during the 2019-20 campaign and is eager to add more trophies to his CV which includes Ligue 1 and the Super Cup from two years ago.

“Personally, as I say, I want to be the best for the team, I want to be an important piece in this team – not just as a player but as a leader as well. Keep learning from the boys and the staff and be the best I can.

“We know with these players we can go really far in all the competitions. In the last year we didn’t win any trophies, so I think everyone is hungry to win more trophies, win more things, to keep our fans happy. Hopefully we will do this this season.”