A Liverpool duo have reportedly welcomed interest from Barcelona this summer. 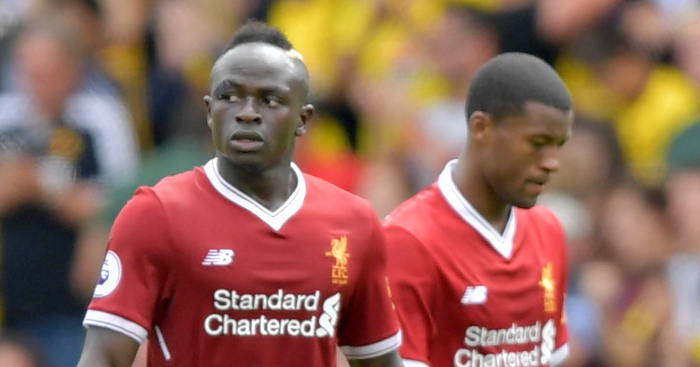 Liverpool duo Georginio Wijnaldum and Sadio Mane have welcomed interest from Barcelona, according to reports in Spain.

Wijnaldum only has a year left on his contract at Anfield despite being integral to the Reds’ march to the Premier League title this campaign.

A report earlier in August claimed that new Barcelona boss Ronald Koeman sees the Dutch international ‘as a building block for Barca’s resurrection’ and features ‘very high’ on his ‘wish list’.

GOSSIP: Barca ‘not an option’ as Man Utd close in on €55m man

Mane has also been linked with the Catalan giants recently with TMW reporting that Mane is ‘willing to replace Lionel Messi’ this summer with Argentine looking for a way out.

The Liverpool forward had another standout season for Jurgen Klopp’s title winners, notching 22 goals in the 2019-20 season.

And now Mundo Deportivo (via Sport Witness) claims that both Wijnaldum and Mane are ‘expectant and even excited’ about potential transfers to the Camp Nou.

The Spanish newspaper adds that Barca are willing to spend over €120m to land Mane, while a potential deal for Wijnaldum is seen as ‘viable’ by the Spanish giants for €30m.

The report carries on by saying that the only chance Barcelona have of landing Mane is if Messi leaves, giving them the big money needed for his signature.