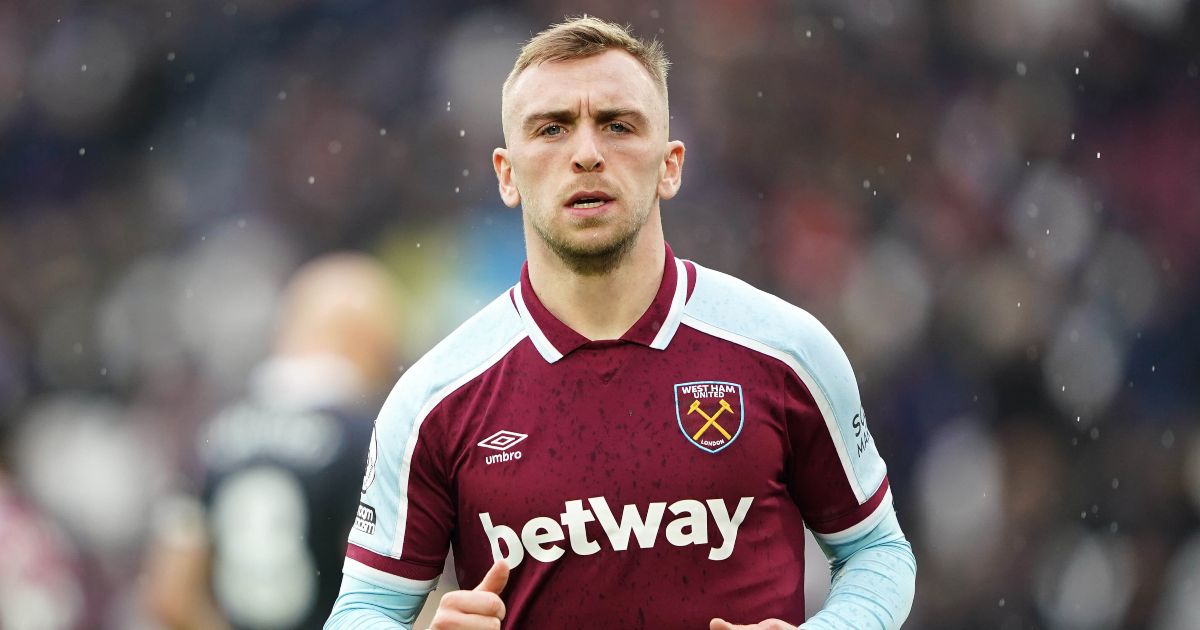 Liverpool are keen to bring West Ham forward Jarrod Bowen to Anfield in the summer transfer window, according to reports.

The 25-year-old has made 31 starts this campaign and has found the back of the net 12 times whilst providing nine assists.

He has been hotly tipped to receive an England call-up amid his terrific form, with the next international break taking place in late March.

Liverpool were rumoured to be interested in the Hammers man earlier in the season but now his form has only served to increase their desire to bring Bowen to Anfield in the summer.

GiveMeSport transfer insider Dean Jones has claimed: ‘Maybe Jarrod Bowen is next on their radar and he’s somebody they’re seriously interested in.’

The Reds reinforced their forward line in January when they invested £37m on Luis Diaz, with the fee potentially reaching £49m if the winger triggers certain add-ons.

Liverpool are trying to tie Mo Salah down to a new contract with the Egyptian’s deal expiring in the summer of 2023.

There have been rumours that the Reds will attempt to bring the average age of their frontline down further and now Bowen could be their main summer target after he ‘caught the attention of Jurgen Klopp’s side’.

“Jarrod Bowen is playing for a team that are in the top four or five in the Premier League, so he’s playing at the very top – as of right now,” Barnes told BonusCodeBets.

“He needs time to develop; he’s in his first real season playing for a better side.

“Bowen’s never going to sign for Liverpool and replace Mohamed Salah. He is a different type of player to Mo, he isn’t going to score 30 goals a season, that’s not what Jarrod Bowen does.

“In terms of his talent, can he play at big top five club? Absolutely.”

Joe Cole was waxing lyrical about Bowen after their recent draw against Newcastle with the former West Ham midfielder claiming the 25-year-old is “getting better and better”.

Cole said on BT Sport: “He’s unbelievable, every time I watch him I’ve been so impressed with him. He’s getting better and better and better. He’s movement is so good. He’s a lovely deliverer of set pieces as a well. He’s one of the most improved players in the league.”