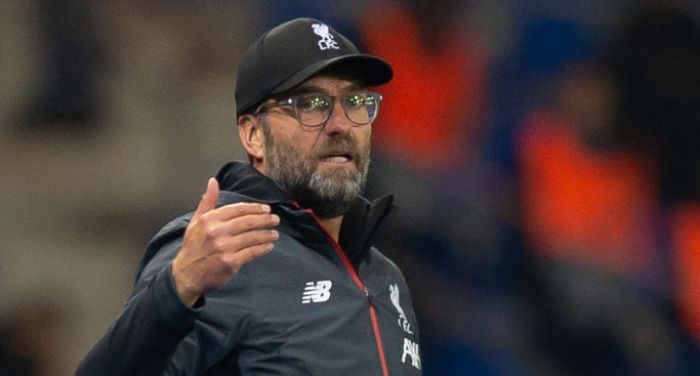 Liverpool will use different squads in the Club World Cup and their Carabao Cup quarter-final after it was confirmed they will play two fixtures on consecutive days.

After lengthy discussions regarding how to schedule the Reds’ last-eight clash against Aston Villa, the EFL has agreed to keep the match on its original date of December 17.

That is one day before Liverpool’s opening match at the Club World Cup in Qatar.

A statement on the club’s website read: “We will be utilising two playing squads simultaneously, with one squad participating in the FIFA Club World Cup in Qatar and another in the Carabao Cup.

“The club would like to take this opportunity to underline that, while this is not an ideal scenario, it is an outcome which was arrived at with the best interests of the competition, our fellow clubs and ourselves as the sole motivating factor.

“We would like to thank the EFL for their efforts to accommodate us and we can confirm alternative dates were discussed but, ultimately, none were considered suitable without compromising the scheduling of the competition itself or placing an undue strain on our playing staff.”

The EFL said in a statement that Liverpool have committed to “fielding a team that is largely consistent with those that have participated in earlier rounds of this season’s competition”.

EFL football services director, Dave Cookson, said: “The EFL is very aware of the challenges clubs face when participating across numerous competitions at home and abroad and, whilst we will always look to work with clubs, our overwhelming priority has to be to protect the integrity of the Carabao Cup and ensure any decisions taken are in the best interests of the competition.

“The EFL has long acknowledged that this competition provides those clubs with large resources with the opportunity to rotate their squads knowing that teams who wish to be successful have to be prepared to play a large amount of matches over the course of the season.

“Therefore, in these exceptional circumstances, the decision was taken having received clear assurances from the club that there will be a level of consistency in team selection, a feature which is key to ensuring integrity is maintained.

“We recognise the challenges Liverpool face in this matter and appreciate the efforts made to find a practical solution.”

Liverpool boss Jurgen Klopp dismissed the option of fielding different teams as a possibility when asked about the situation last week.

The German said: “We cannot leave any players at home for the Carabao Cup. It’s not that we can go there with 11 players and say they play the two games in Qatar and the other guys play in England against Aston Villa. It doesn’t work like that.”