Home All The News Liverpool eye Sevilla defender, but price tag may be an issue 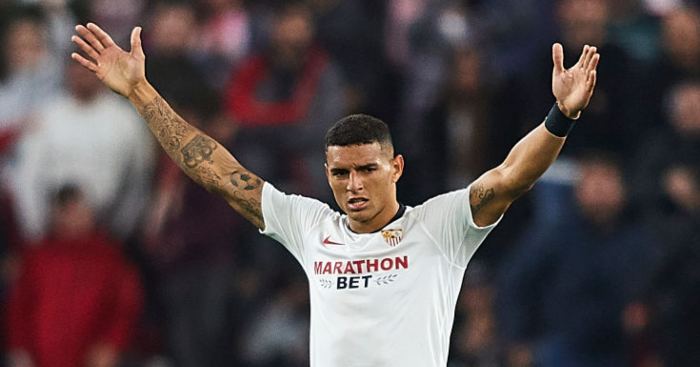 Liverpool remain interested in Sevilla defender Diego Carlos but may baulk at the reported €50m it would take to prise him away from the Spanish club this summer.

With Dejan Lovren expected to leave in the summer, the Premier League champions-elect are likely to be in the market for a centre-back to compete with Joe Gomez, Virgil van Dijk and Joel Matip.

Brazilian Carlos has been a big hit in Seville since joining from Nantes for €15m last summer and now ABC Sevilla say Carlos is ‘on the radar’ of Liverpool, Barcelona and Real Madrid with the suggestion his market value has tripled during his time in Spain.

The 26-year-old Carlos has a release clause of €75m and, after being linked with Liverpool and others in the winter, was praised by his former manager at Estoril, Fabiano Soares, who thought him the right kind of player for Jurgen Klopp to be monitoring.

Soares told ESPN Brazil: “There are some Real Madrid defenders who are worse than him. At Barcelona, there’s a lot more space because they’re a team who need fast players. And he’s very fast. That is why Klopp should be keeping an eye on him.

“He is a dynamic, intense, fast player. Football nowadays, for the slow player the market isn’t so good. Players who are fast and strong and competitive and who have quality, the coaches will always look at them.”