Home All The News Liverpool shortlist keepers ahead of Coutinho windfall 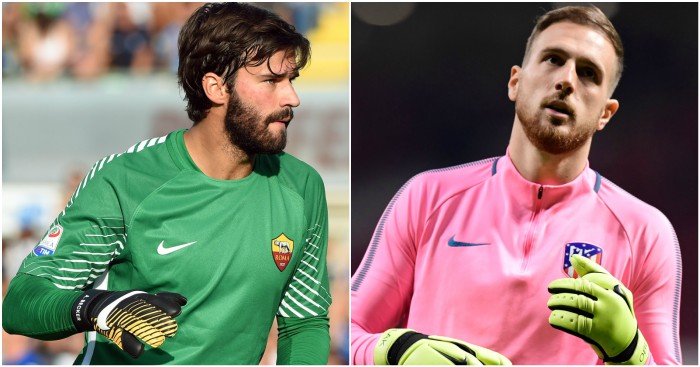 Liverpool plan to use a large chunk of their Philippe Coutinho windfall by signing a new goalkeeper, according to a report on Saturday.

The Reds appear increasingly likely to accept the Brazilian playmaker wants to join Barcelona and are reportedly in talks with the La Liga giants to secure a deal in the region of €145million.

But the huge cash injection is unlikely to sit in Liverpool’s pockets for long, with the club already looking to spend the vast majority of it on one of the two goalkeepers The Independent claims they have shortlisted.

According to the paper, Jurgen Klopp has identified either Atletico Madrid’s Jan Oblak or Roma’s Alisson, who has also been monitored this season and is ahead of Manchester City’s Ederson in the Brazil pecking order.

While Oblak’s transfer release clause at Atleico is set at €100million, the Reds hope to negotiate a lower fee with the La Liga giants. Man City’s £34.7million signing of Ederson this summer finally broke the long-standing world-record fee paid out for a goalkeeper – the £32.6m Juventus paid to sign Gianluigi Buffon 16 years ago.

As such, Liverpool will hope Atleti will sell for nearer £50million after the report claimed Klopp finally accepted neither Simon Mignolet or Loris Karius are up to the required standard.

If Liverpool can’t persuade Atletico to sell, then it’s believed they will switch their attentions to Alisson, while Stoke’s Jack Butland remains their third option.

Elsewhere, the Reds have also been heavily linked with a move for Leicester’s Riyad Mahrez after failing to convince Monaco to sell Thomas Lemar, with the Algerian set to cost £40million.

All in all, Liverpool will hope to sign Mahrez and a new goalkeeper, which in addition to the £75m capture of Virgil van Dijk at the start of the month, with a large portion of the dealings offset by the money they can expect to bring in for Coutinho.