Home All The News Liverpool should sign Upamecano in January, says Carragher 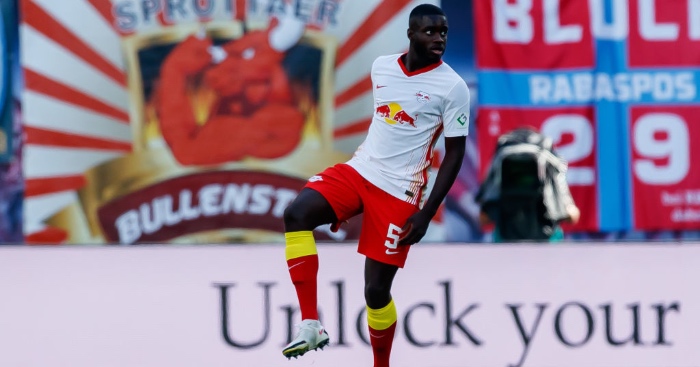 The Reds are lacking depth at centre back after Virgil van Dijk was ruled out for at least seven months with an ACL injury.

They now have just three players to choose from in that position after selling Dejan Lovren in the summer.

FEATURE: From Currie to Sarr: Every Championship club’s record signing

While appearing on Sky Sports, Carragher revealed his advice to the Liverpool board. He said (via Daily Star): “Liverpool’s next big signing had to be a centre-back anyway.

“And I’m talking next summer. (Dejan) Lovren went, they didn’t replace him in the squad, they’ve only got three centre-backs.

“One of them, (Joel) Matip, is always injured. And there’s question marks when speaking about (Joe) Gomez so there’s no doubt Liverpool have to go big in the transfer market next summer. That’s now got to be brought forward to January 1.

“Not the end of January, not negotiating with a club. There’s a young guy who everyone’s talking about, Upamecano at Leipzig, there’s talk of him.

“He’s not the profile of Van Dijk, maybe 6ft 1, 6ft 2, so he’s maybe not that aerial challenger, but if that’s the one Liverpool wanted next summer, bring it forward, pay extra money, and do it on January 1.

“That means Liverpool would have to get through the next 11 league games without Virgil van Dijk.”

Following van Dijk’s injury in the recent Merseyside derby, Carragher also spoke about his worry for Liverpool’s title chances. Losing the integral defender could prove an important turning point in the direction of this campaign.

Upamecano has been widely linked with a move to Man Utd. His current contract means he can leave RB Leipzig for £38 million next summer.

The 21-year-old has become one of the most valuable young players in the world after emerging as a top talent in the Bundesliga.

It looks like an interesting battle could occur between two of England’s top clubs for his services.