Home Liverpool Liverpool getting significantly less than €11m for midfielder 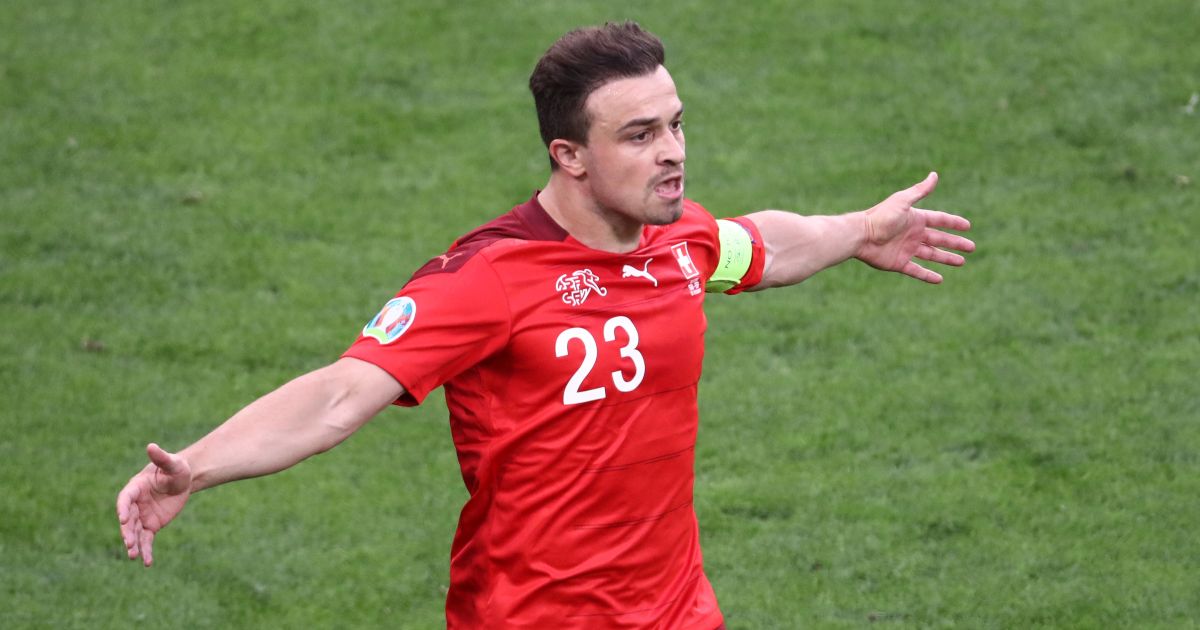 The reported fee Lyon are paying Liverpool for Xherdan Shaqiri is wide of the mark, according to reports in France.

The Ligue 1 club announced on their website yesterday that a deal had been agreed between the Reds and themselves for the Switzerland international.

The press release said: “Olympique Lyonnais is pleased to have finally reached an agreement in principle with Liverpool for the transfer of the Swiss international midfielder, Xherdan Shaqiri, who was a key figure for his country at this summer’s European Championship.

“Shaqiri, who is encouraged by the OL project, will arrive in Lyon tonight where he will be welcomed by Juninho. The finalisation of the transfer remains conditional on the result of the medical examination that the player will pass this Monday morning and the finalisation of the last administrative formalities.”

The statement added: “After intense negotiations with Liverpool, OL thanks the General Manager, Billy Hogan, and the Sporting Director, Michael Edwards, for their availability and for listening to the joint requests of Xherdan Shaqiri and Olympique Lyonnais.”

BBC Sport claimed that Liverpool had agreed to sell Shaqiri for £9.5m (€11m) with the midfielder making it clear he wanted to leave Anfield this summer.

However, L’Equipe (via Sport Witness) insists that the Reds will only see £5.1m (€6m) of that initially with the possibility of earning more in add-ons.

Shaqiri – who joined Liverpool from Stoke City for £13m in 2018 – only started five Premier League matches last season and it is expected he will complete a medical on Monday.

Klopp said: “Everybody wants to speak to me about Harvey and I understand absolutely, when an 18-year-old boy plays such a mature game, I can understand that everybody is asking.

“But I was not surprised he played like this. That is exactly how he trained now for six or seven weeks since we are back, since he is back from loan. Yes, it was good.”