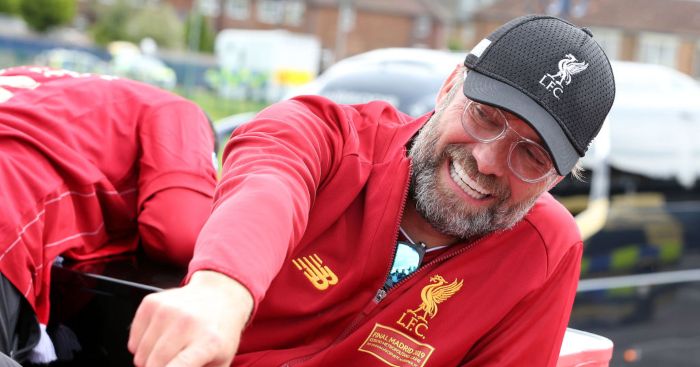 Dutch centre-half Van den Berg became Liverpool’s first signing of the summer in a deal that could be worth up to £4.4m.

Melissa Reddy of ESPN says the initial fee of £1.3m will be supplemented by add-ons only ‘if the defender was to amass close to 350 appearances for the club in the Premier League and Europe’.

The 17-year-old paid tribute to Jurgen Klopp and compatriot Virgil van Dijk in his first interview, describing the manager as “one of the reasons I came here”.

According to The Times, Van den Berg was so set on joining Liverpool that Bayern’s attempted ‘hijack’ of the deal was doomed to fail.

Paul Joyce says Bayern ‘made a series of increasingly frantic telephone calls to the player’s representatives’ while he was undergoing a medical at Melwood.

Bayern ‘were eager to speak to the player and his family and persuade them to ditch Liverpool’, but their efforts were made to no avail.

Van den Berg, considered to be ‘at the same level’ as Joe Gomez when he moved in 2015, will likely feature heavily in the club’s youth teams but it has been suggested he could be fast-tracked into the first team when he arrives from PEC Zwolle.