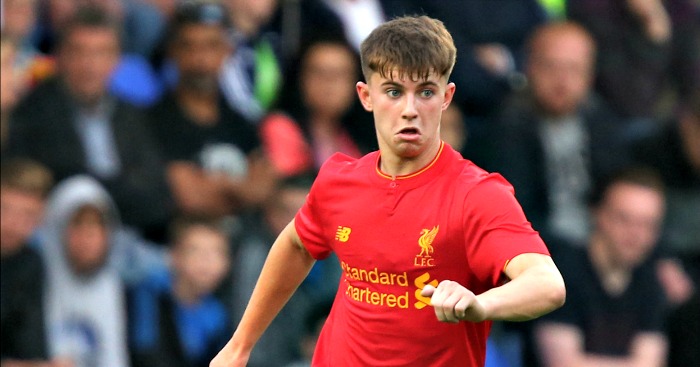 Jurgen Klopp is delighted with the standard of Liverpool’s young players, who impressed in a pre-season friendly win over Fleetwood.

The Reds cruised to a 5-0 victory over the League One side on Wednesday, with goals from Marko Grujic, Lucas Leiva and Roberto Firmino among the goalscorers.

But it was Ben Woodburn who caught the manager’s eye with his second-half goal, while the 16-year-old played a part in two others.

The forward was excellent in only his second pre-season outing, in which fellow under-18 stars Trent Alexander-Arnold and Ovie Ejaria also featured.

“He’s a natural offensive player. It’s very nice to see,” Klopp said of Woodburn. “I had a long talk this morning with Alex Inglethorpe and he sang big songs about the boys. I did too, because they trained great and they are all really good to have around.

“Ovie has done well, both at Tranmere and again here. They all looked a bit tired, especially Trent, who was very tired after two games and lots of training.

“But they are good players, smart and well-educated. I’m really happy with them.”