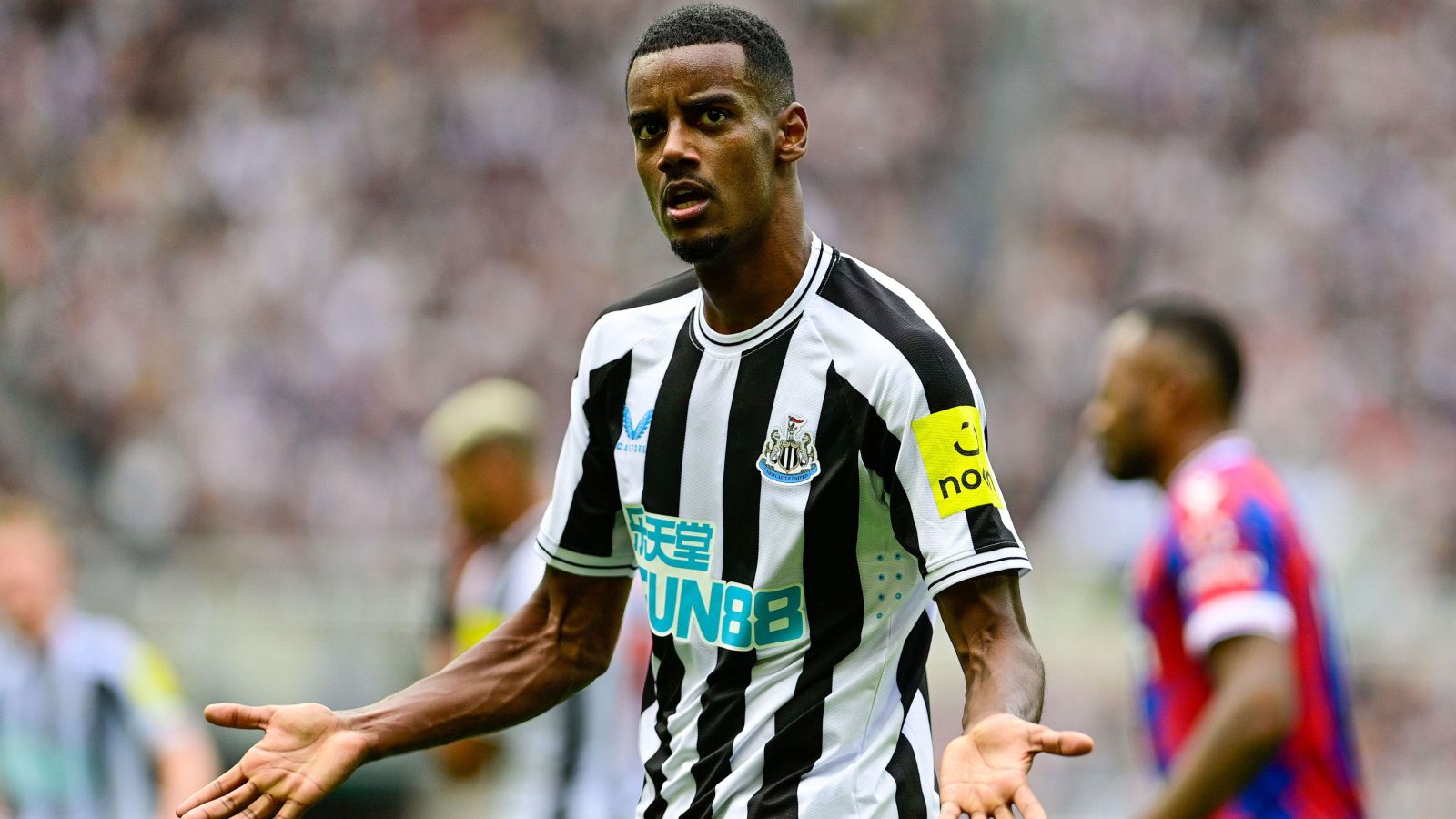 The Reds allowed Sadio Mane to move to Bayern Munich in the summer transfer window for £35m and brought in forward Darwin Nunez from Benfica in a deal £85m.

Nunez has only started two Premier League matches so far this season – after being sent off in only his third appearance for Liverpool – and continues to be compared to Manchester City’s Erling Haaland, who has torn the league apart.

Nunez could still prove to be a very good signing for Liverpool when he gets a regular run in the team but former Reds defender Enrique thinks the club should’ve gone for Newcastle striker Isak.

Enrique told Lord Ping: “Alexander Isak can become a world-class striker. I love Newcastle’s signings in the transfer window – Eddie Howe is using the money they have wisely.

“I think Isak would’ve been an excellent signing for Liverpool last summer so I’m very happy that Newcastle signed him because he can be a very important player for Newcastle.

“I love Callum Wilson but Newcastle needed another striker because he is injury prone and you can’t rely on him for the whole season.”

After signing Fabio Carvalho, Nunez and Calvin Ramsay earlier in the transfer window, Liverpool decided to swoop on deadline day for Juventus midfielder Arthur Melo on a loan until the end of the season.

Enrique added: “I saw Arthur Melo at Barcelona and he’s a fantastic player with a lot of talent but the reality is that he was a panic loan from Liverpool. I don’t think Liverpool would’ve signed a midfielder if Jordan Henderson hadn’t been injured.

I don’t think Liverpool have improved their squad in the transfer window – I think it’s a weaker squad than they had last season.”

Enrique has named the only three players who have performed for Liverpool this season, he continued: “Liverpool’s struggles aren’t just down to the full-backs. When you look at the whole team, only Allison Becker, Luis Diaz and Harvey Elliott are playing well – everyone else is underperforming.

“Trent Alexander-Arnold and Andy Robertson have been the two best full-backs in the world for many years and the team not performing well altogether isn’t helping them both individually.

“Jurgen Klopp has proved himself year after year and there’s no chance that he should be under pressure. You can’t argue what he has done for Liverpool and what he will continue to do for the club.

“Liverpool have a worse squad now than they did last year so it isn’t fair that people expect Klopp to fight for the same trophies that he did last year.

“The problem with Liverpool at the moment is 100 per cent to do with the lack of intensity from the players.”