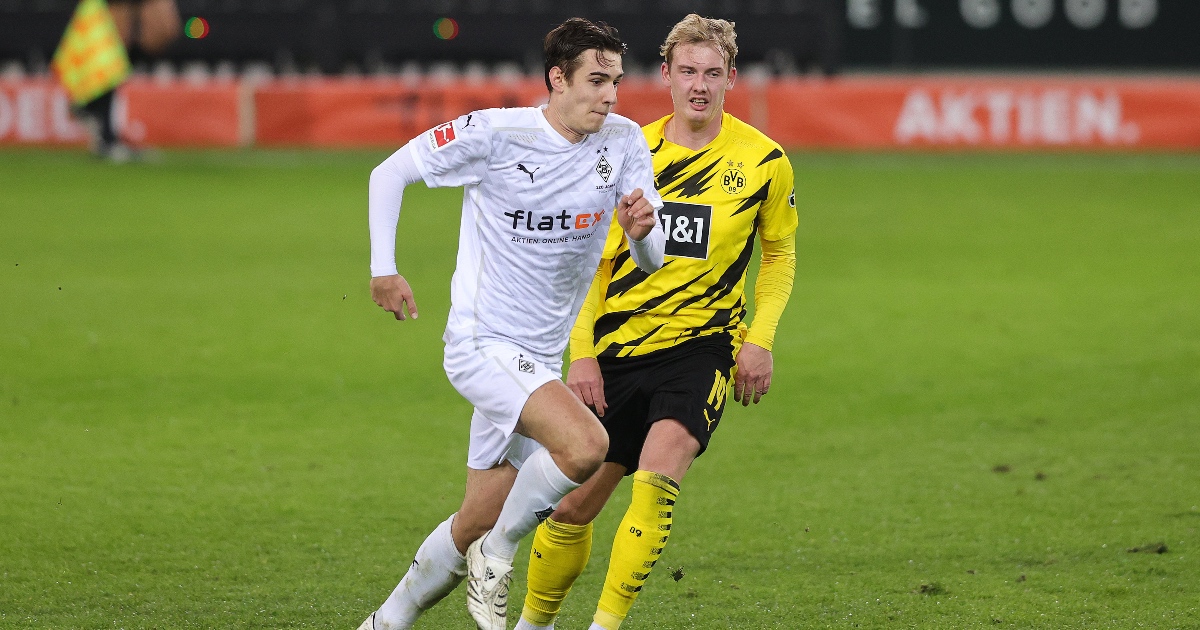 Liverpool and Spurs target Florian Neuhaus has refused to rule out a summer move from Borussia Monchengladbach.

The midfield star is enjoying a great season in the Bundesliga, sparking interest from across Europe.

The Premier League sides are joined by Bayern Munich and Juventus in their pursuit of the 23-year-old.

When asked about the transfer speculation, Neuhaus told German outlet Kicker (via Daily Mail): “I have a contract until 2024 and I have very big goals for this season.

“That’s what I’m concentrating on now. [Transfer talk] is really not a big issue for me.

The player seems content to remain with Gladbach at present, although a major summer transfer is still on the cards.

Gladbach would be willing to accept around £35million for Neuhaus.

However, this could increase massively if a transfer race begins amongst the elite European sides.

Bayern will provide Liverpool and Spurs with stiff competition to sign Neuhaus.

They’re known for signing the best German talent and won’t want to lose him to the Premier League.

Manchester City are also being linked with a bid.

Liverpool are aiming to sign Neuhaus in case they lose Gini Wijnaldum to Barcelona.

Ronald Koeman is in talks with Wijnaldum over a summer switch to the Nou Camp.

His contract is set to expire in June.

He would add plenty of creativity to their squad, potentially replacing Harry Winks or Erik Lamela.