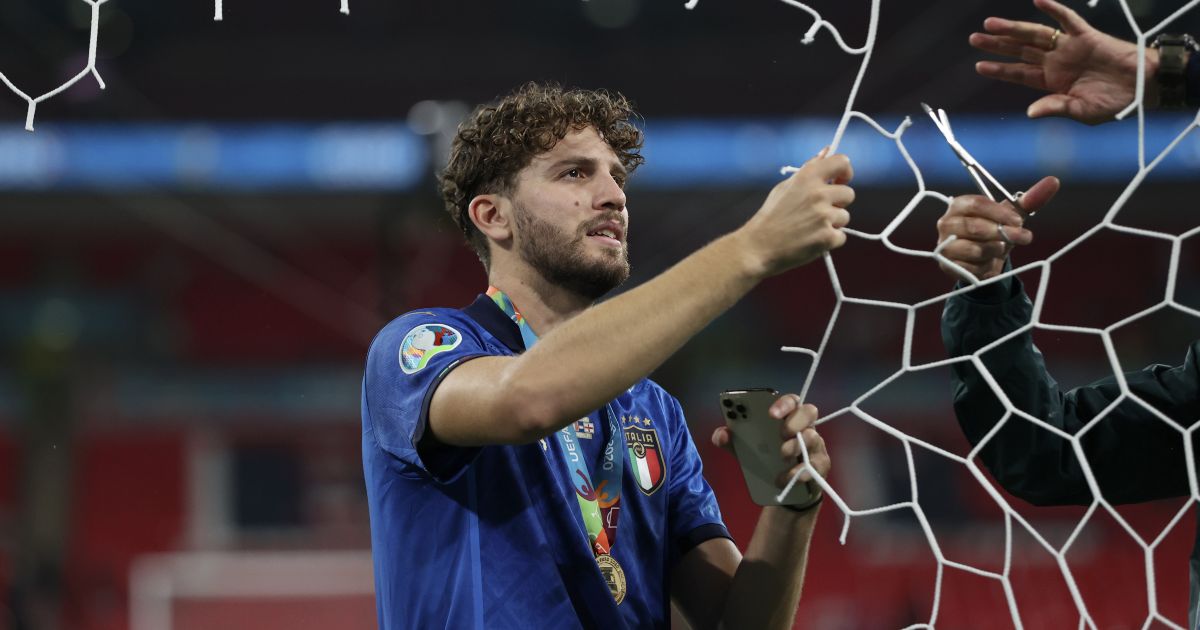 There have been claims in Italy that Liverpool or Spurs are the unnamed club in the mix for Sassuolo midfielder Manuel Locatelli.

Locatelli’s performances at Euro 2020 – where he scored two goals for champions Italy – and for Sassuolo in Serie A, has led to interest from a number of suitors this summer.

Juventus and Arsenal seem to be particularly interested but reports have claimed that Locatelli would prefer to stay in Serie A and move to Turin.

Sassuolo CEO Giovanni Carnevali has confirmed that Juventus and Arsenal remain interested in Locatelli but he revealed there is one unnamed Premier League side in for the midfielder.

“On Friday we will talk with Juve, it is not certain that we will meet but we will do so soon and in the next few days, time is running out,” Carnevali told Sky Italia.

“There is also a discussion with Arsenal and another English club.”

That has led to a couple of reports claiming that they know the identity of the mystery English club.

Calciomercato insist that the ‘club that Carnevali referred to’ is Tottenham, meaning Juventus’ road to signing Locatelli has just become ‘more complicated’.

And Gazzetta dello Sport (via Sport Witness) reckons that Liverpool are the unnamed club after Sassuolo received a ‘mega offer’ from an English club.

The report adds that ‘many clues lead to Liverpool’ as the Italian newspapers try to work out the identity of the secret bidders.

Meanwhile, former England goalkeeper Paul Robinson thinks it’s “incredible” how much money Liverpool have raked in from sales of their former academy players.

“It just goes to show that investing in your academy is worth it, it pays off. To get that kind of money for players that are not deemed good enough for your club is just remarkable. It’s an incredible return on your investment.

“The top-class coaches and facilities at the academy are paying dividends.

“Players are giving a grounding at a club like Liverpool. If you go there you have a really good chance of making a long career in football.”