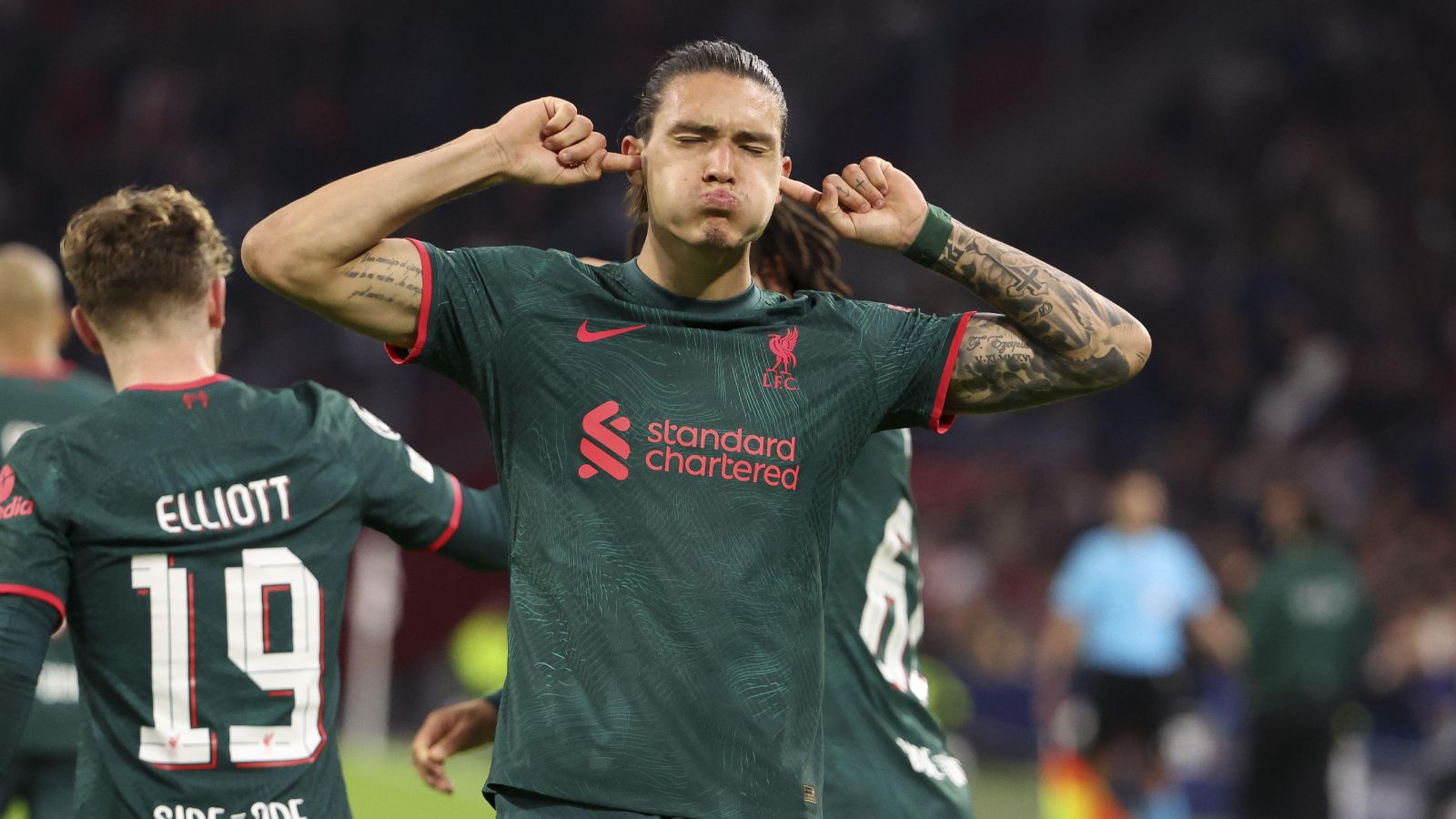 Darwin Nunez has revealed the advice that has been offered to him by former Liverpool striker and fellow Uruguayan, Luis Suarez.

Nunez signed for Liverpool during the summer from Benfica for an initial fee believed to be around £64m.

The forward’s start to life in the Premier League has not gone fully to plan as he was sent off in Liverpool‘s draw against Crystal Palace.

The Uraguay international has returned to the fold of late and he now has six goals in 13 appearances across all competitions.

Nunez is clearly still raw and that is understandable given his inexperienced he is. He has been unfairly criticised by some as his potential is there for people to see.

But he does have a lot to do if he is going to come close to replicating what Suarez achieved at Anfield. The 35-year-old scored 82 goals in 133 outings for the Reds.

Nunez has now revealed that Suarez contacted him to offer him guidance on how to thrive at Liverpool.

“It was a good thing because not many would bother themselves to pick up the phone and send you a message — I think his gesture was really important for me,” Nunez told ESPN.

“Luis is a reference point, an idol everywhere in the world. I’m getting started, I’m young, and he knows about all those things because he already played in the Premier League with Liverpool.

“Luis told me that these things will happen in every game in the Premier League, that they’ll come and find me, that they’re going to bump into me, and that I need to make myself strong and not repeat my screw-up.

“He said: ‘Listen to an idiot like me.’ I really appreciate that message and the fondness he has for me.”

Nunez has been compared to Erling Haaland a lot this season but Liverpool left-back Andy Robertson does not think that this is “fair on anyone”.

“The only reason they’re getting compared is because they play the same position and they moved in the same window.

“Really it’s not fair on anyone – if it was vice versa, it wouldn’t be fair on Haaland either. It’s two incredible players, and we’re delighted to have Darwin here.

“He’s still young, which everyone forgets, and in front of goal he’s been really clinical, in terms of he’s maybe not played as many minutes, with the three-game ban (served in August after being sent off against Crystal Palace) and a couple of injuries.

“And he’s still adapting, but he’s getting there, and (on Wednesday) you could really see what his threats are. I think he caused Ajax a lot of problems and they were always worried about him, and he got his goal that he definitely deserved.”