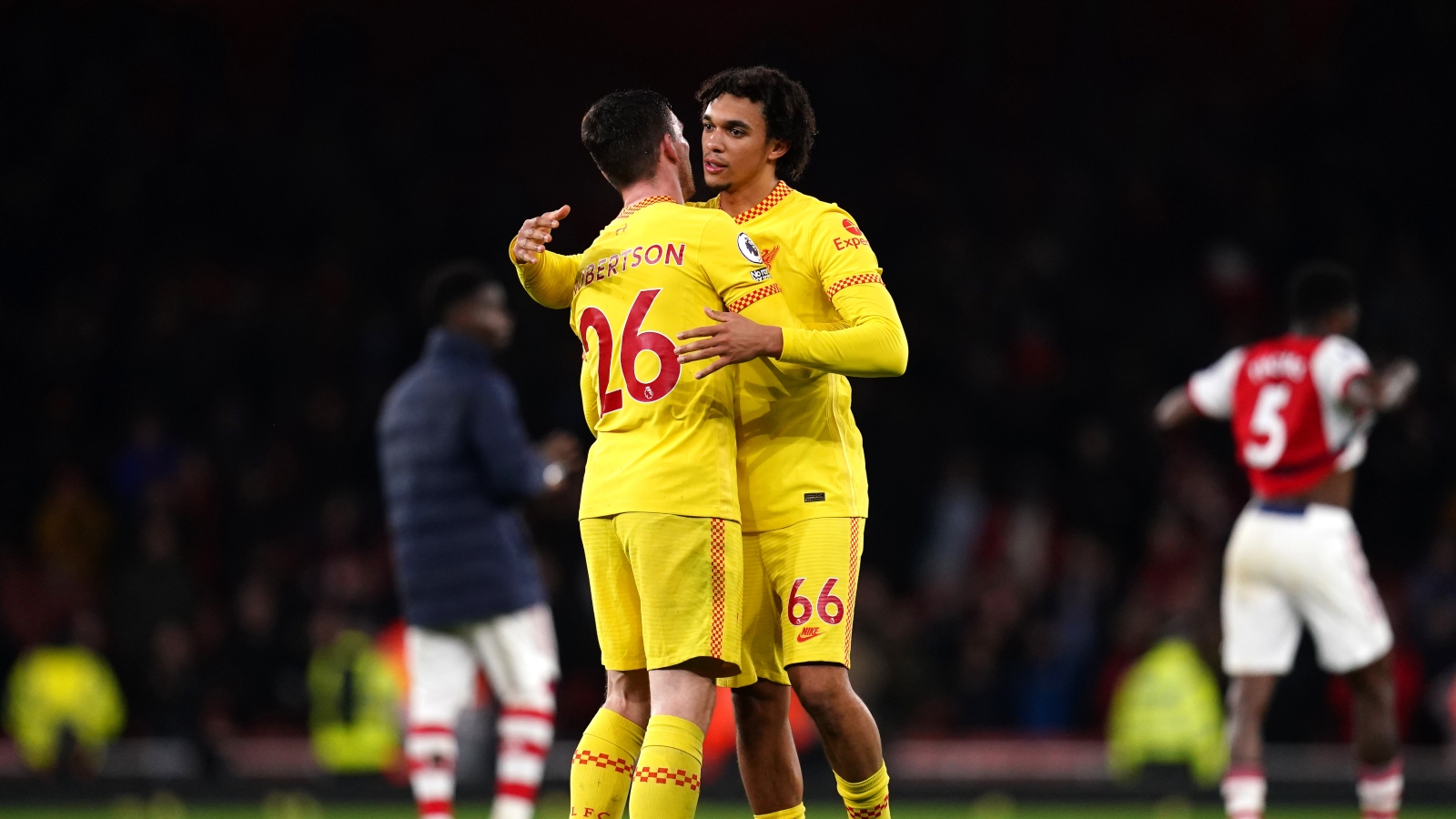 Liverpool manager Jurgen Klopp has claimed defender Andy Robertson is desperate to deliver in the absence of Trent Alexander-Arnold.

With the Reds’ marauding right-back, who has provided two goals and a career-best 16 assists this season, sidelined for a number of weeks with a hamstring injury, the emphasis will switch heavily to the Scotland captain on the opposite flank.

The Premier League will be dead when Klopp leaves Liverpool…

While he has not been as prolific as his counterpart he was man of the match in Wednesday’s defeat of Arsenal, setting up the important second goal for Roberto Firmino.

With the right side of the defence likely to be patrolled by either midfielder James Milner, centre-back Joe Gomez or youngster Conor Bradley, Robertson’s role has taken on more importance.

“It is the full package of Robbo, not only as a player but a person as well. He wants desperately to deliver and work for the team,” said Klopp.

“Even though he and Trent set up a lot of goals, there is still space for improvement in the decisive moments.

“The goal (at Arsenal) was one of our favourite goals for a long time; first we win the ball back and second Robbo is waiting with his cross until he saw Bobby is now ready for it.

“It was an incredible pass in the end and Bobby had to do a lot to get it past (Aaron) Ramsdale.

“Yes played a really good game. It is not the first one and I hope it is not the last one.”

With Kostas Tsimikas missing the midweek game with illness, Robertson may be called into action again for his 34th appearance of the season in Sunday’s FA Cup quarter-final at Sky Bet Championship side Nottingham Forest.

Klopp will want to make changes to the team due to the gruelling schedule they have had and that is likely to mean opportunities for the likes of Curtis Jones, Divock Origi, Alex Oxlade-Chamberlain and Takumi Minamino, who scored both goals in the previous round’s win over Norwich.

“I want to have a team at Nottingham who is fresh enough physically and mentally for the game and really is going for it,” added Klopp.

“If we rotate – and I really don’t know it in the moment – then it’s just to have the best team possible for this specific game on the pitch.”

“We are Premier League team number four for Nottingham I think in the competition so they didn’t have an easy way yet, but they made it.

“They are close enough to think about promotion again so our former LFC coach (Steve Cooper) is doing obviously a proper job there, so another reason why it’s a special game.”