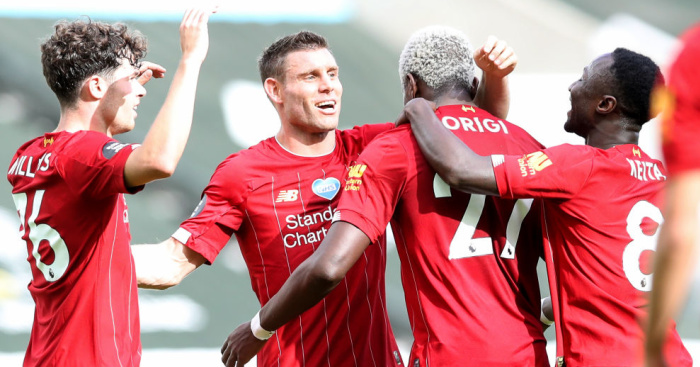 Kevin Phillips has urged Divock Origi to leave Liverpool for Leeds or Aston Villa in search of more game time.

The Belgium international has started just 13 games in all competitions this season, as he’s struggled to usurp Mo Salah, Sadio Mane or Roberto Firmino for a starting spot.

Origi will always have hero status at Anfield, notably scoring in the Champions League final against Tottenham in 2019.

But ex-Premier League striker Phillips claims Origi could be open to moves to Leeds or Aston Villa, who are both reportedly interested in the forward.

“I do not think he would want to leave Liverpool and go to a team that could be scrapping for survival again next season but I could be wrong,” he told Football Insider.

“Divock has been there for a while and he might be fed up with being on the fringes.

“He has won the Champions League and the Premier League and now he might just want to go and play football.

“When you go to somewhere like Villa or Leeds from Liverpool you expect to be playing virtually every game. That might be in the player’s thoughts.”