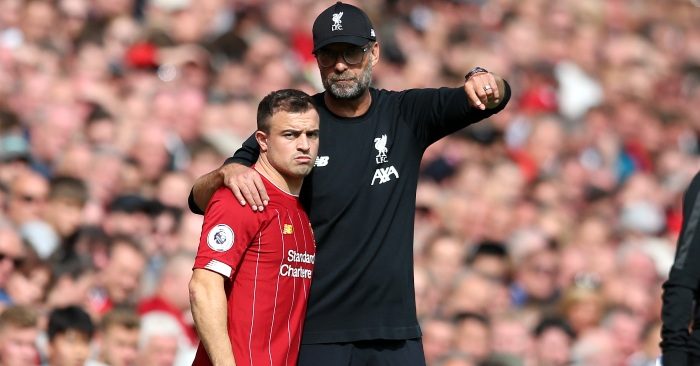 Xherdan Shaqiri admits he feels ‘a little downbeat’ over the amount of playing time he gets at Liverpool but the winger insists he is ‘very comfortable’ at Anfield.

The Switzerland star has played a back-up role to the Reds’ attacking trio of Mo Salah, Sadio Mane and Roberto Firmino since moving to Merseyside last summer from Stoke.

Shaqiri has been given only 14 minutes in the Premier League and Champions League this term and he admits he finds it hard.

The 27-year-old told Teleclub: “It is not easy for me, of course I am a little downbeat.

“You have to be able to handle that and you have to accept it, I was always still in the squad.

“You cannot ask the coach to play every match.”

“I feel very comfortable here,” he added. “We have a great coach, a great club. There’s a family feel.

“I hope we can bring the Premier League back to Liverpool after 30 years.”