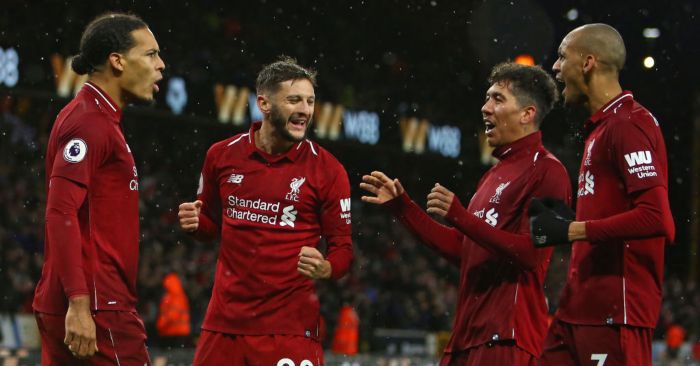 Lallana is expected to be deployed in a deeper midfield role if and when he features for Liverpool this season.

Jurgen Klopp hailed the 31-year-old for his transition to a new position in pre-season, with the two having developed a close relationship during their respective times at Anfield.

Lallana says he is learning his new demands by watching teammate Fabinho, but also by trying to emulate De Jong on the suggestion of captain Jordan Henderson.

“You get a couple of the lads joking about it, but that shows that you play that role quite well,” he told The Times, who said that Henderson had referred to him as Sergio Busquets earlier.

“I’m still waiting to get a chance there. That may, or may not, come, but it definitely interests me.

“I find it very stimulating because I get more of the ball than I have ever had in my career before. Sometimes as a No 8 you are making decoy runs, or you are offering and you don’t get the ball.

“Whereas if you are in the ‘six’ you are centralised to the play, involved in the build-up a lot more. That is what I noticed straight away. That’s where the stimulation comes from – it feels good to be on the ball.

“I have not gone into it too deeply. Jordan told me I need to watch Frenkie de Jong. The way he plays it, he kind of dribbles a little bit more than other sixes would, which obviously brings a bit of risk but that is in my game.

“I do watch the six more so now than what the eight does because I know that reasonably well. What are their movements like? I’ve found myself focusing on Fabinho a little bit in our first games and he has played it outstandingly well.”