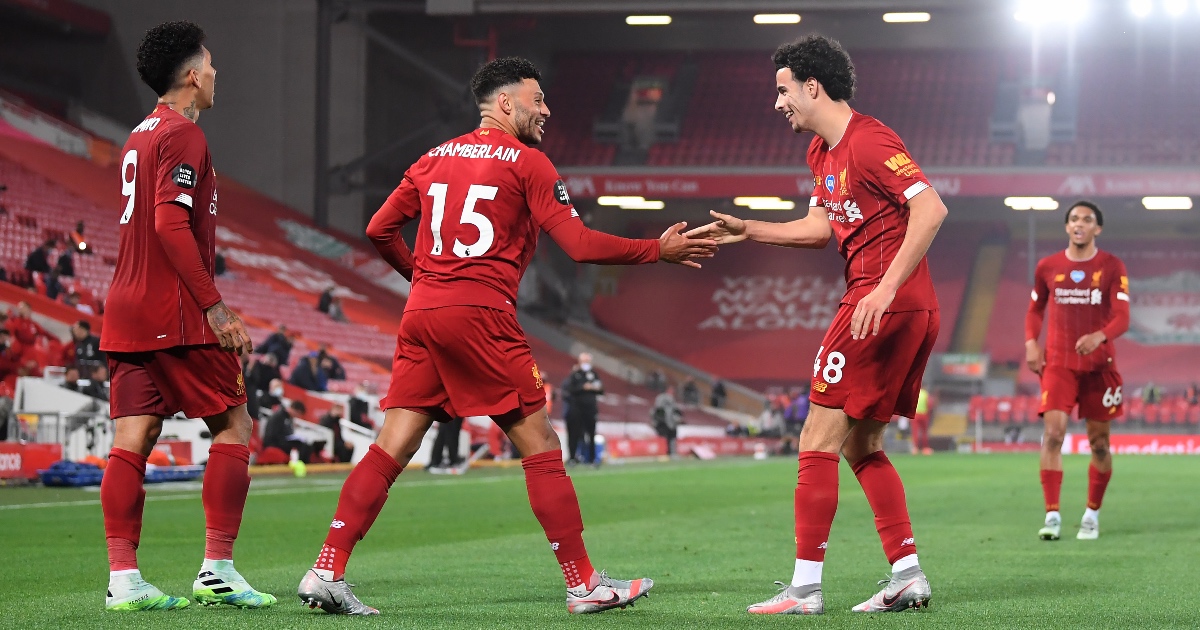 West Ham are reportedly weighing up a move for Liverpool star Alex Oxlade-Chamberlain.

The England midfielder has consistently struggled for form and fitness at Anfield, which has led to limited game time under Jurgen Klopp.

And the Reds could look to move him on ahead of the new season, with West Ham interested, according to the Daily Express.

David Moyes is thought to be keen on a loan bid for the former Arsenal star, who has spent time in pre-season in the false nine role for Liverpool.

The Hammers are in the market for a forward-thinking midfielder after Jesse Lingard returned to Manchester United after his successful loan spell at the London Stadium last season.

Another option is West Brom’s Matheus Pereira, with West Ham reportedly in talks with the Championship side over a £25million deal.

Moyes confirmed after a 6-2 friendly win at Celtic that the club are looking to improve the squad this summer.

The manager said of his squad post-match: “We need to get more competition, that’s the important thing if we want to keep the standards up.

“But I’ll tell you what we’ve got and that’s a great group of lads.

“I’m really lucky because we’ve got a group of lads who are right on it, foot to the metal all of the time so hopefully we keep that going.

“We’ll find out what we can do in the future but we’ve got no great update at all.”

Meanwhile, Virgil van Dijk and Joe Gomez are yet to feature in Liverpool’s pre-season games after their long battle to recover from injury.

And when asked whether Van Dijk or Gomez would play a part in their next friendly against German side Hertha on Thursday, Klopp said: “Yeah, it would still be a surprise, unfortunately. But they look really good.

“Look, I think, they do everything, they play football, we keep them in training, we do the things we can do, they don’t too much and stuff like this. We just have to be patient – we prepare for a full season, not for a pre-season game.

“I will not risk it for a game here, so we have to see. We have a lot of games still coming, pre-season games, but I don’t see them being involved for the next one.”