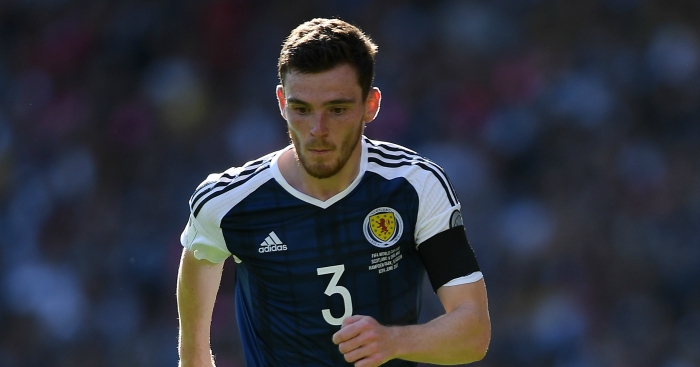 Liverpool left-back Andrew Robertson has been named the new captain of the Scotland national team.

Robertson was unveiled as Scotland’s new permanent captain on Monday, inheriting the armband from Scott Brown.

Darren Fletcher, James Morrison, Kieran Tierney, Charlie Mulgrew and Scott McKenna have all undertake the role since Brown’s retirement in 2017, but a full-time replacement has finally been named.

Robertson made his Scotland debut in 2014 while still at Dundee United.

The 24-year-old has since taken great strides in his development, first moving to the Premier League with Hull City later that year.

After three years on Humberside, Robertson joined Liverpool and helped them reach the Champions League final in May.

He has scored twice in his 22 Scotland caps.

Quiz: Test your knowledge of the Career of England great Alastair Cook (Cricket365)