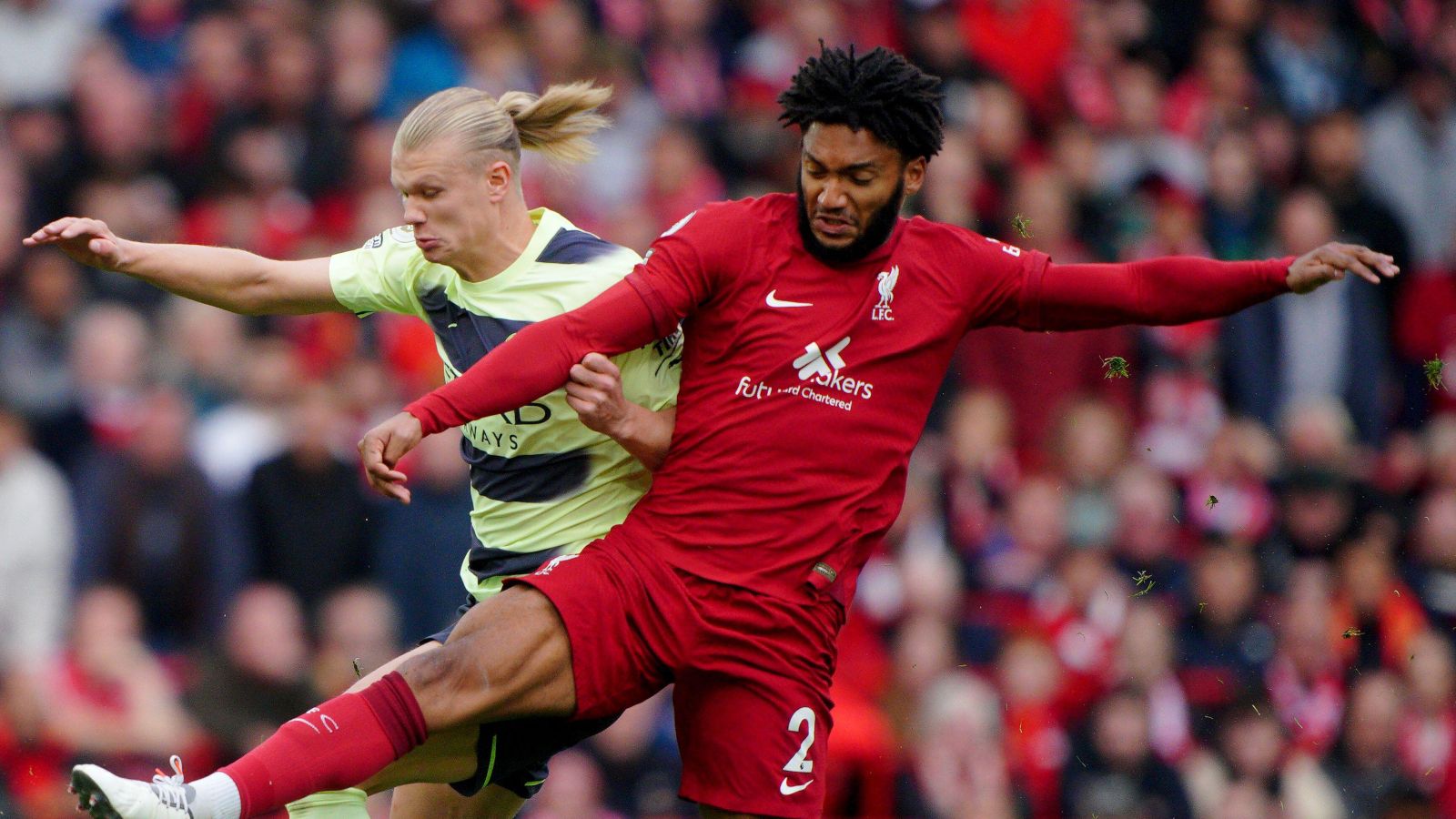 Gomez did his chances of making it to the World Cup no harm last week as he shone for Liverpool against Man City.

The centre-back was part of a makeshift right-hand side of the defence as James Milner was operated at right-back.

Both players put in sensational performances as they kept the likes of Erling Haaland, Phil Foden and Kevin De Bruyne quiet.

It is now only one day until Gareth Southgate names his provisional squad for this winter’s World Cup in Qatar.

More fringe players are in with a chance of going to this tournament as the squad limit has been increased to 26.

Gomez has played 11 times for England since November 2017 but he has not played for his country since August 2020.

If Gomez is included, he is likely to be joined by Trent Alexander-Arnold. His case has been helped by Reece James and Kyle Walker suffering injuries.

Ericksson has argued that both Liverpool players should head to Qatar.

“Trent Alexander-Arnold is a big discussion, but I would take him because you can take 26. That’s new, before it was 23.

“If it’s a tight game against someone you think you should beat, I think he’s ideal because of his free-kicks, corners and his crosses.

“I’m not sure what Southgate’s shape will be, but Trent has been very important for Liverpool.

“Southgate has options in defence, especially full-backs. Walker may even make the World Cup. You also have Kieran Trippier, so I think whoever he chooses England will be fine in that position.

“Trippier is good on free-kicks, too. I like Trent a lot. I know he’s not the best in the world defensively but he’s a modern, attacking full-back.

“I would take Gomez, he’s a good player, he’s solid, he’s tough and he’s one of those who rarely plays badly.”

There is also a debate on whether Leicester City midfielder James Maddison should go to Qatar.

The Foxes currently sit in the bottom three but Maddison has been in great form. He has grabbed five goals and two assists in nine Premier League outings.

But Ericksson thinks England’s competition for places in that area of the pitch may mean that Maddison misses out.

“It’s a difficult one with James Maddison, because you want to see him in training and games.

“Normally it’s 23 and now it’s 26, so I think that’s good for the manager. You have Bowen, Foden, Grealish, Saka, Sterling, Mount, Abraham, Kane, Toney too, so I think he has enough options there if he wants. He will have been watching though.

“Maybe Southgate could take Maddison, but he has a lot of alternatives when you talk about midfielders.”

READ MORE: Daft Klopp questions asked as Brighton boos and the ‘burden’ that is Haaland emerges