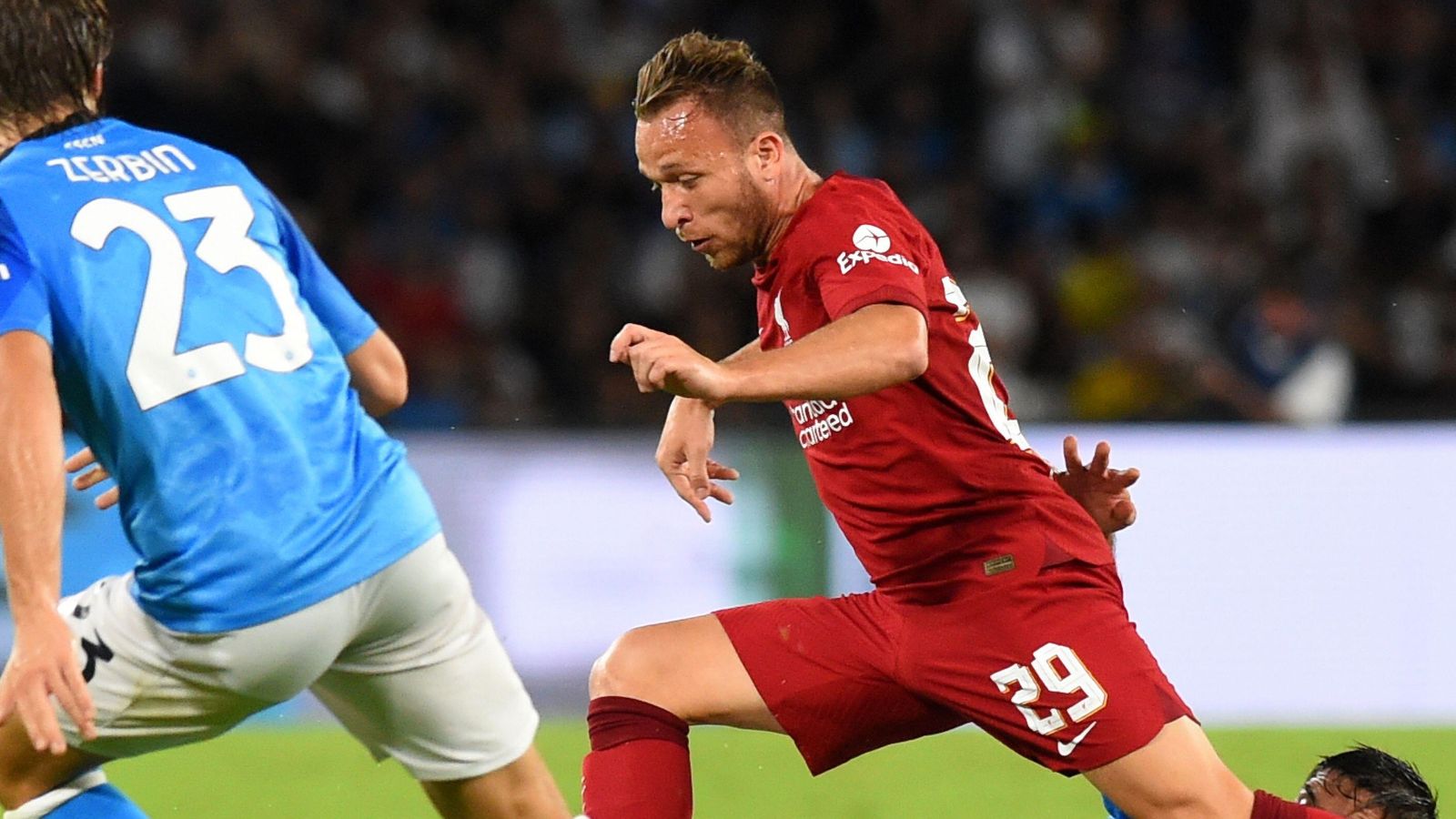 Arthur Melo’s agent has claimed that the midfielder has now “recovered” and is ready to perform for Liverpool after making up a “huge physical gap”.

Jurgen Klopp was adamant throughout the summer that he was not intending to sign a new midfielder.

It was pretty clear that they were short on options in the middle and their situation was worsened with Jordan Henderson and Thiago suffering injuries.

It is well known that Liverpool are big admirers of Borussia Dortmund midfielder Jude Bellingham and they are among the favourites to sign him next summer.

Liverpool were expected to wait until then to add a new centre-midfielder to their squad but their injury troubles forced them into the market before the summer window closed.

The Reds opted to bring in ex-Arsenal target Arthur on loan from Juventus.

The 26-year-old was highly rated during his time at Barcelona but his move to Serie A has not gone to plan. He has barely featured for the Italian side over the past year.

The international break provided Liverpool with an opportunity to get Arthur up to speed with how Klopp likes to play.

It has been reported that the Liverpool boss has been impressed by Arthur during the international break:

“As well as players returning from injuries, this break has enabled new signing Arthur Melo to build his fitness levels,” The Athletic’s James Pearce claimed.

“The deadline day loan arrival from Juventus spent a week working with Liverpool Under-21s and gracing the Papa Johns Trophy at Rochdale rather than going on holiday.

“Klopp has been delighted by his attitude and application. He’s now in a much better place to stake a claim for first-team action.”

Now Arthur’s agent – Federico Pastorello – has explained why the Brazilian has had a slow start since joining Liverpool on loan.

His player “needed extra work” but he has “no doubt that he will do very well” for Liverpool in the coming months:

“Arthur played very little last year, then had an operation, planned, in June, thus missing part of the pre-season,” Pastorello said in an interview with Calciomercato.

“He wasn’t in [Juventus manager Massimiliano] Allegri’s plans, so he didn’t train with the rest of the team, so it’s normal that arriving at the last day in this condition, from his point of view he needed extra work.

“Moreover, the difference between England and Italy in this aspect is huge, so there was this need to make up for the physical gap with his teammates.

“Now, he has recovered and is at the coach’s disposal. I have no doubt that he will do very well in a Liverpool shirt.”