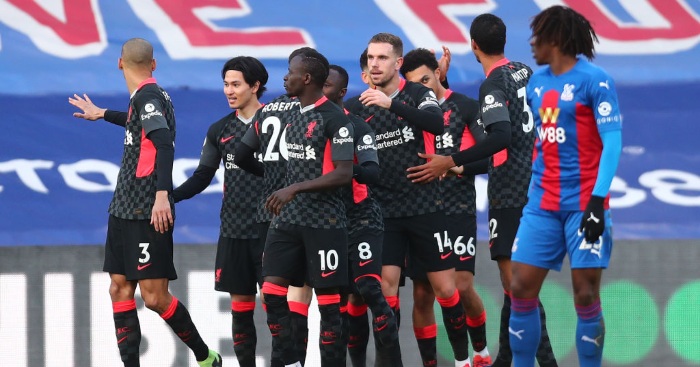 Takumi Minamino has admitted that his first year at Liverpool has been a “difficult time” with first-team opportunities hard to come by.

The Japanese international signed for Liverpool in January 2020 after the Reds activated his £7.25m release clause.

Minamino enjoyed a highly successive five and a half years with RB Salzburg. In that time he scored 64 times from his 189 appearances in all competitions.

Given the impressive form of Mo Salah, Roberto Firmino and Sadio Mane, Minamino has found it difficult to earn himself a sustained run in Liverpool’s first team.

He only started twice in the Premier League last season from his 10 overall outings. The forward has made 15 appearances this season, which included six starts. He has been involved in five goals for Jurgen Klopp’s side this term.

In an interview cited by the Liverpool Echo, Minamino thanked Klopp for helping him adapt to life in the Premier League:

“A lot of people, including the manager and the staff, supported me. Thanks to them, I managed to live my life during the lockdown.

“Although it was a difficult time, a lot of people supported me, and in this sense, I think Liverpool Football Club have a wonderful team of people.

“I am looking forward to [the festive period] very much. Because there are two games in a week. I will have more chances to play games and I am happy about it.

“We suffer a lot of injuries now, so a player like me needs to work harder for the team. I would like to prepare myself well and achieve a result if I am given a chance.”