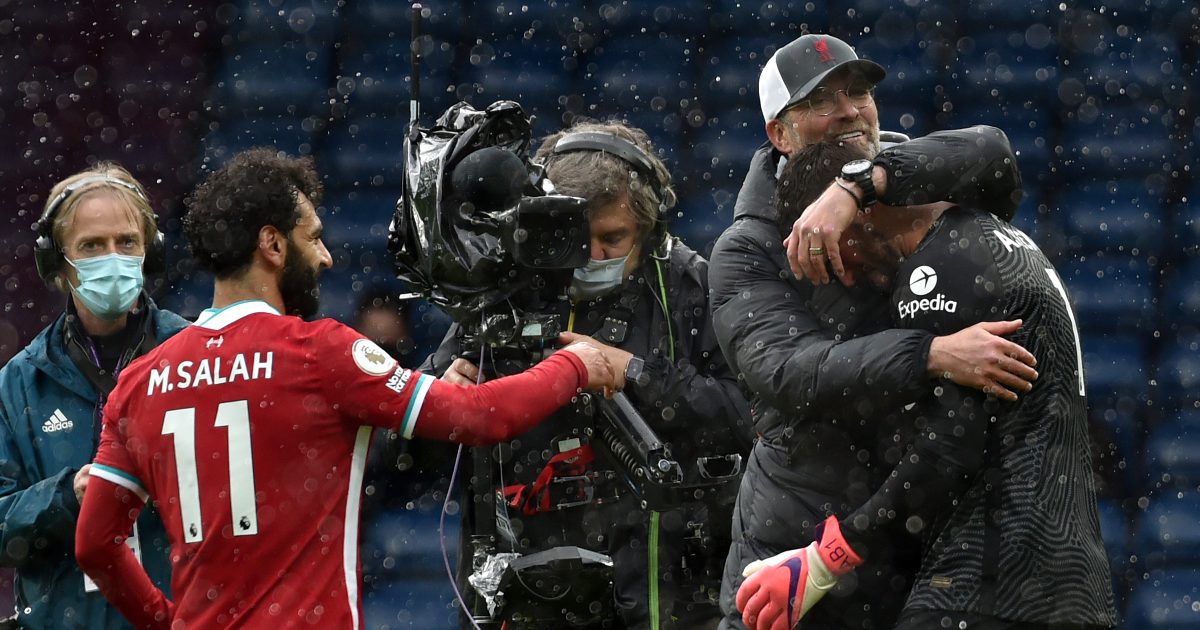 Liverpool forward Mo Salah has picked out his season “highlight” for the 2020/21 term after his side secured a spot in the Champions League.

Jurgen Klopp’s side finished the season with five straight wins in the league to secure third spot in the Premier League.

They ended up finishing three points ahead of Leicester City in fifth. Brendan Rodgers’ side lost 4-2 to Tottenham on the final day to miss out on the top four.

Their third win of this run was a 2-1 victory at The Hawthorns against West Brom. Liverpool looked set to drop points as the score remained 1-1 heading into the final stages.

This all changed in the last few moments as Alisson came up for a corner to head home an all-important 95th-minute winner.

Salah has told Liverpool’s official website that Alisson’s goal was his favourite moment of the season:

“The highlight of the season was Ali’s goal! I can’t say anymore.

“It was unbelievable. As I said, it’s about the team and the reaction to the goal… I didn’t even think about it, I was jumping.

“That was the moment when I felt like we were going to play in the Champions League next season.

“The last ball in the game, it was an unbelievable moment and I was so happy for him.

“It was a really great header, not expected. Unbelievable. He did a great job and got us the three points.”

“Trippier can play at left-back. Alexander-Arnold can play at wing-back, I think he can play midfield. I’ve seen Reece James play on the right side of a back three, at wing-back and as a midfielder. in a tournament, those flexible players who can fulfil different roles will be hugely important.

“We don’t know how the next few weeks will play out in terms of availability and injuries, what our best system will be with the players we’ve got available. We’ve got too many questions marks as I sit here today, but that will become clearer. We know what we’d like to do, but we’ve got contingencies in place.”