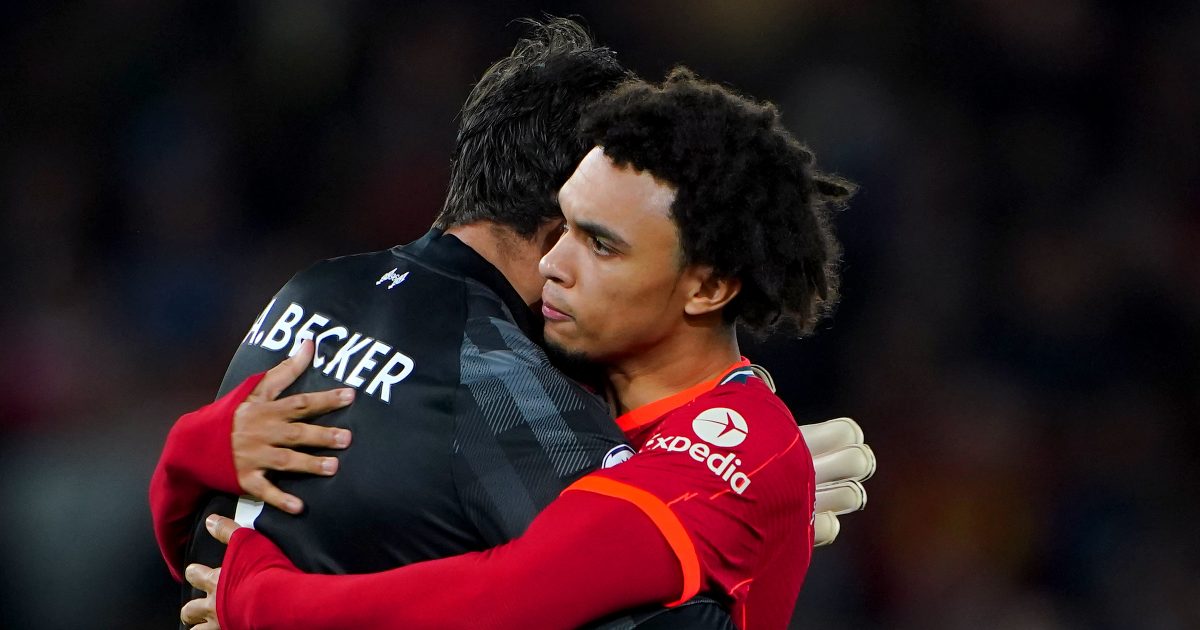 Liverpool defender Trent Alexander-Arnold has set his sights on “breaking as many records” as he can before he retires so he goes “down in history”.

The 23-year-old has been a key player for Liverpool for the past few years. He has been able to establish himself as one of the best attacking full-backs in world football.

Alexander-Arnold has been a chief creator for his boyhood club as he has 52 assists from his 192 appearances.

The most he has registered in the Premier League in one season was 13 in 2019/20. He is on track to break that record this term as he has six assists from just ten league games.

The England star set up two goals over the weekend as Liverpool beat Arsenal 4-0 at Anfield.

As reported by The Independent, Alexander-Arnold has stated that he “wants to make history”:

“I want to break as many records as I can. I want to make history with my performances and my tallies, and go down in history,” Alexander-Arnold said.

“For me, it is about contributing as much as I can for the team and making sure we win.

“The team trophies are much more important than the personal ones, but to use as motivation I do like to set myself targets.

“The manager has given me that freedom to play the way I feel is right and it’s worked so far for the team, I’ve evolved over the years and I try to keep adapting and create as many problems for the opposition that I can.

“It’s going well so far, it’s about maintaining that good run of form and make sure we carry on this season.”

Alexander-Arnold went onto say that he is targeting between 15 and 20 assists this season:

“The very minimum is always double figures,” he added.

“I just want to be contributing as much as I can. I would probably say this season would be 15 to 20 in the league.”

After Liverpool’s win over Arsenal, Alexander-Arnold said that the victory was “exactly what [they] needed”:

“A team of our quality shouldn’t be losing games. The way the league is going, any loss is a bad loss. We have bounced back the best way we could. A very good performance.

“It was exactly what we needed – nothing more and nothing less. They came as two banks of four and were tough to break down but we scored our goals and put the game to bed. To see out the clean sheet is very good.

“First half we had that aggression but didn’t capitalise on it. The first 15-20 minutes of the second half were as good as we’ve pressed all season. We were all over them – they were just seeing red blurs all over the place. That second half was outstanding.