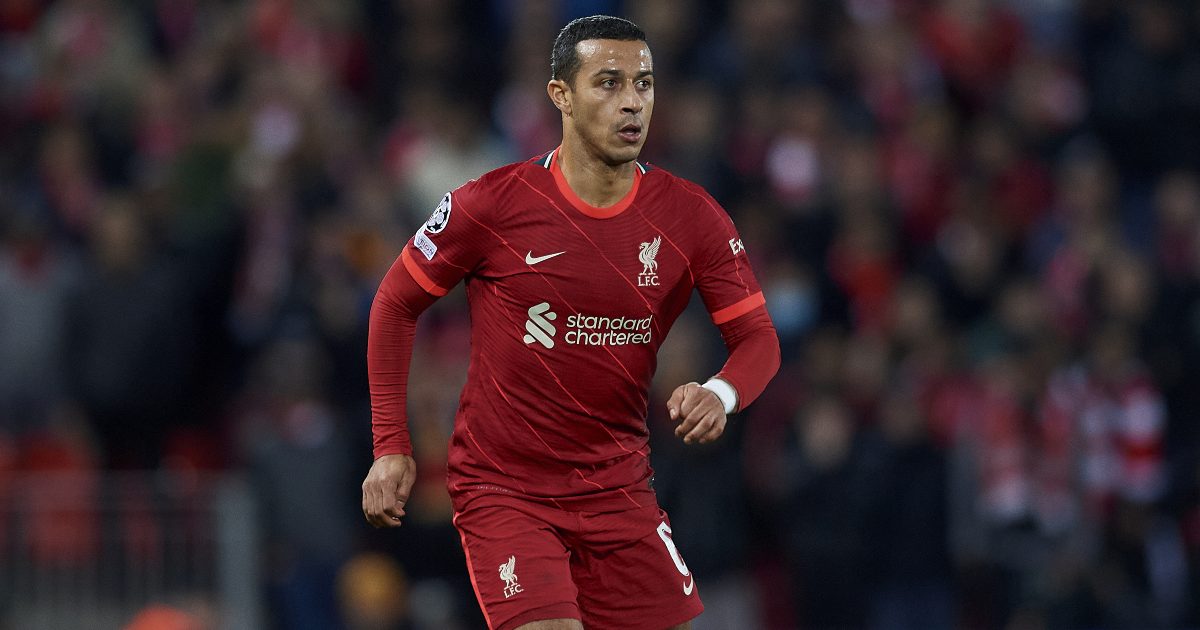 Liverpool midfielder Thiago Alcantara has insisted that he remains “focused” on impressing for the English club amid reports linking him with a return to Barcelona.

After having a spell in Brazil with Flamengo as a youth player, he came through the ranks at Spanish giants Barcelona.

Thiago was highly rated at Barcelona, but he struggled to hold down a first team spot ahead of the likes of Xavi and Andres Iniesta.

The Spain international later spent seven seasons at Bayern Munich before he joined Liverpool last year. The Reds paid around £20m to sign him.

Thiago tested positive for Covid-19 last term. He also struggled with injuries as he was limited to 24 Premier League outings.

The 30-year-old has featured eight times for Liverpool across all competitions this season. He has been linked with a return to Barcelona in recent weeks. They are now managed by his former teammate Xavi.

As reported by the Metro, Thiago has suggested that he is “not concerned” about rumours relating to his future:

“As I always have been I am a guy who plays football and I am not concerned about the rumours.

“I’m trying to win all the trophies I can and my compromise is maximum with this team.”

Thiago went onto insist that he is keen to help Liverpool in any way possible this term:

“I think it was very interrupted this first year with Liverpool because of the Covid situation and because of injury. But then I had a quick adaptation in the team in the league,” Thiago added.

“We struggled last season for many reasons and in this year it’s even much better with the team-mates. The runs they make, how they prefer to receive the ball, how they defend and attack.

“I’m open to helping the team in different ways as the coach wants and as my team-mates want so for me the most important thing is for me to be able to help the team to try to win as we want to win.”