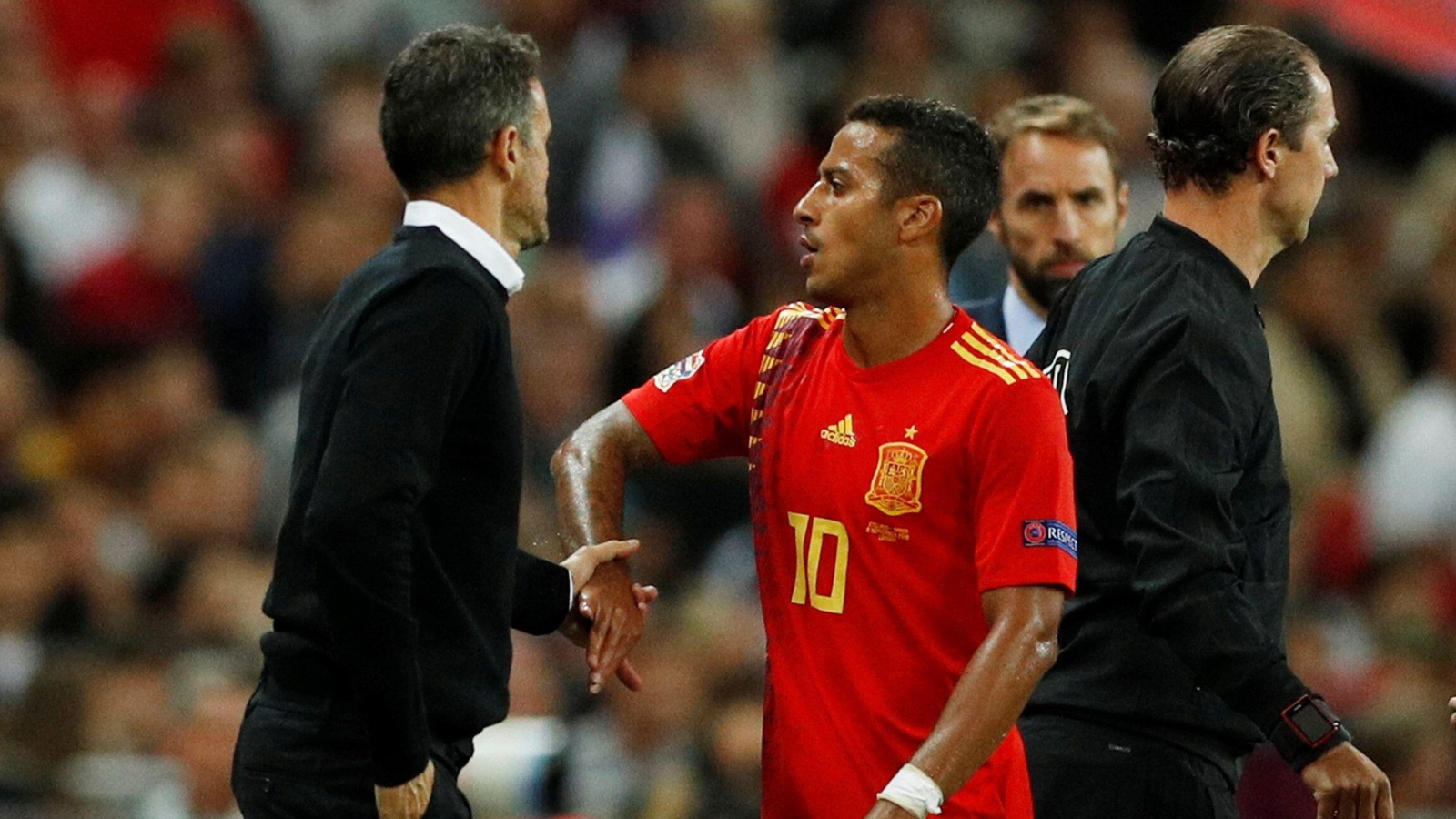 Liverpool midfielder Thiago will not be going to the World Cup with Spain.

The 31-year-old has not been included in La Roja’s squad for the tournament in Qatar.

It was revealed last month that Manchester United goalkeeper De Gea would not be going to Qatar.

He was not included in Enrique’s 55-man squad submitted to Fifa, with the former Barcelona boss favouring five other ‘keepers ahead of the Red Devils man.

Although Thiago has struggled with injuries since joining Liverpool in 2020, many expected him to be going to the World Cup.

Liverpool are easily a better team with the Spaniard in the side.

He has been limited to seven Premier League appearances this term after he missed five matches due to a hamstring problem.

In his previous two seasons, Thiago has only played 24 and 25 league matches, thanks to his fitness issues.

“I decided last night with my staff.

“We will have the same philosophy as in recent years.”

“I think our rivals will see Spain among the candidates to win the tournament,” Enrique added.

“There is no doubt what you are going to see in the World Cup. We will try to control the game, dominate and create more than our opponents.”

Another Premier League player to miss out is Chelsea left-back Marc Cucurella.

Cucurella shone for Brighton last term before making the £62million move to Stamford Bridge this summer.

He was one of many big-money signings made by the Blues, but he has struggled to hit the ground running early on in his career with the London club.

After a poor showing in Sunday’s defeat at home to Arsenal, Cucurella was heavily criticised by Alan Shearer.

“It’s embarrassing from a Chelsea point of view,” Shearer said.

“So many players could have cleared it, whether it’s [Kai] Havertz or [Thiago] Silva. The keeper [Edouard Mendy] isn’t given a chance. It wasn’t even a great ball in.

“Look at Cucurella in there with Xhaka. He doesn’t move at all. He just holds Xhaka, there’s nothing at all from him!”