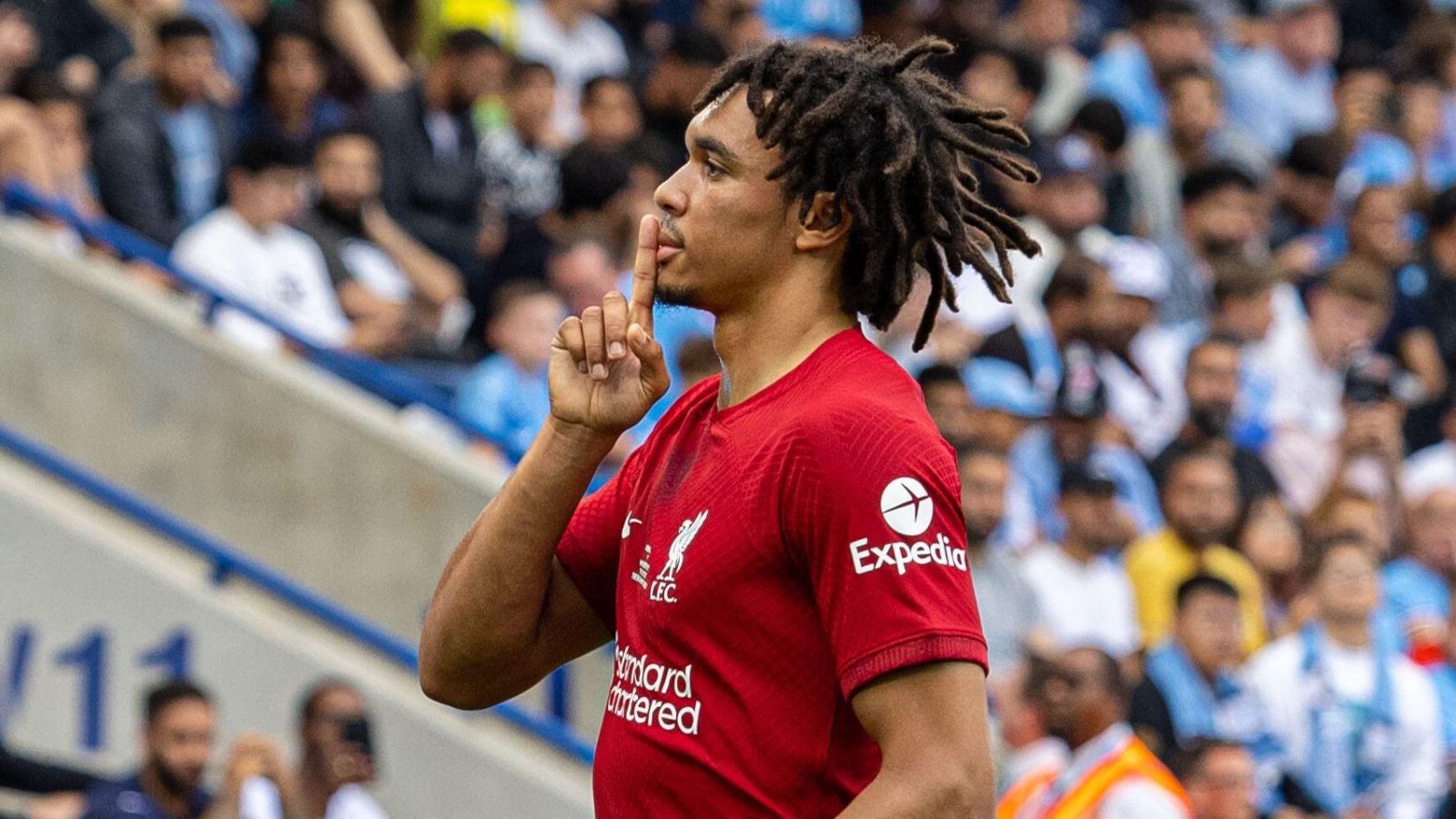 Liverpool star Trent Alexander-Arnold has been advised that “he has to learn” in the coming weeks so the defensive side of his game can improve.

The Reds have had a difficult start to the new campaign as they sit seventh in the Premier League after six games. Their start to the league campaign includes two wins, three draws and one defeat.

Liverpool have been far from their best in all of their games barring their 9-0 victory over AFC Bournemouth.

One per club: The best Premier League youngsters sent on loan in the summer window

It felt like another defeat was only around the corner and that came earlier this week in the Champions League against Napoli.

Jurgen Klopp’s side have never beat Napoli on away turf during his tenure and they were hammered this week.

Luis Diaz scored a consolation after Liverpool had conceded four goals in their 4-1 defeat in Italy.

A few Reds players were poor on the night, but Joe Gomez and Alexander-Arnold have been criticised more than most in recent days.

Former Liverpool midfielder Danny Murphy thinks Gomez could benefit from playing at right-back “or a couple of games”:

“Liverpool have lost just twice this season and bounced back from the first defeat by beating Bournemouth 9-0,” Murphy wrote for The Daily Mail.

“Ajax will be a harder test on Tuesday but they need the same attitude. Jurgen Klopp has talked about reinventing the team, which usually means a tactical switch or changing personnel.

“Maybe he’ll think about switching Joe Gomez to right-back for a couple of games as he’s a natural one-on-one defender.”

Murphy has also offered advice to Alexander-Arnold, who often has been questioned about his defensive work.

He thinks the Liverpool man needs to look to “protect himself better” in dangerous situations:

“There are defensive lessons he has to learn,” Murphy added. “Coaches, staff and team-mates at Liverpool should be helping him.

“He has to look at his positional play and smell danger a bit quicker. He has been given free rein for a long time but he should protect himself better, even if it means sacrificing some forward runs.

“Liverpool have looked complacent this season but I don’t mean players failing to give 100 per cent. It’s more a lack of sharpness or failing to do the basics when you’ve not had any competition for your position.

“I sometimes slid into the comfort zone and needed a jolt. I’m not saying Trent is the same but the coaches at Liverpool could spend more time with him analysing the defensive parts of his game that need work.

“He is a good listener so his issues are easily resolved. Small details can make a big difference.”