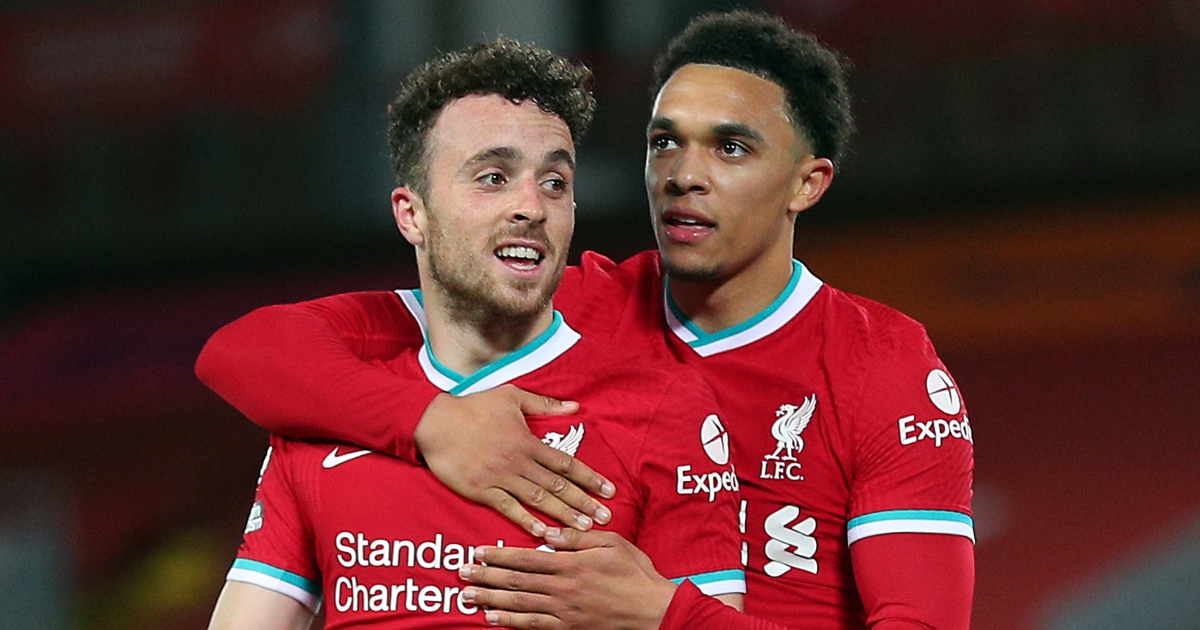 Liverpool forward Diogo Jota is a doubt for the Reds’ trip to Watford on Saturday, as right-back Trent Alexander-Arnold returns to full training.

Jota returned to Merseyside before Portugal’s match against Luxembourg on Tuesday having not trained since being left out of the weekend friendly win over Qatar due to a muscle injury.

“Diogo Jota was dismissed by the national team manager Fernando Santos, after being considered unavailable by the FPF Health and Performance Unit to face Luxembourg, in a meeting to be held this Tuesday,” said a statement from the Portuguese Football Federation.

Thankfully for Jurgen Klopp, Roberto Firmino is back to full fitness and will likely start against the Hornets.

Liverpool are likely to be without Brazilian duo Alisson and Fabinho as their international break does not conclude until Friday.

However, Klopp has been handed some good news as Alexander-Arnold returned to full training this week after missing the last two league matches due to a groin injury.

Midfielder Thiago Alcantara – out since September 18 with a calf injury – was not pictured in training at Melwood.

Elsewhere, former Reds midfielder Georginio Wijnaldum has admitted that he is not “completely happy” with his current situation at Paris St-Germain.

As reported by the Liverpool Echo, Wijnaldum suggested that not playing is a “primary concern” for every player:

“I can’t say I’m completely happy, because the situation is not what I wanted.