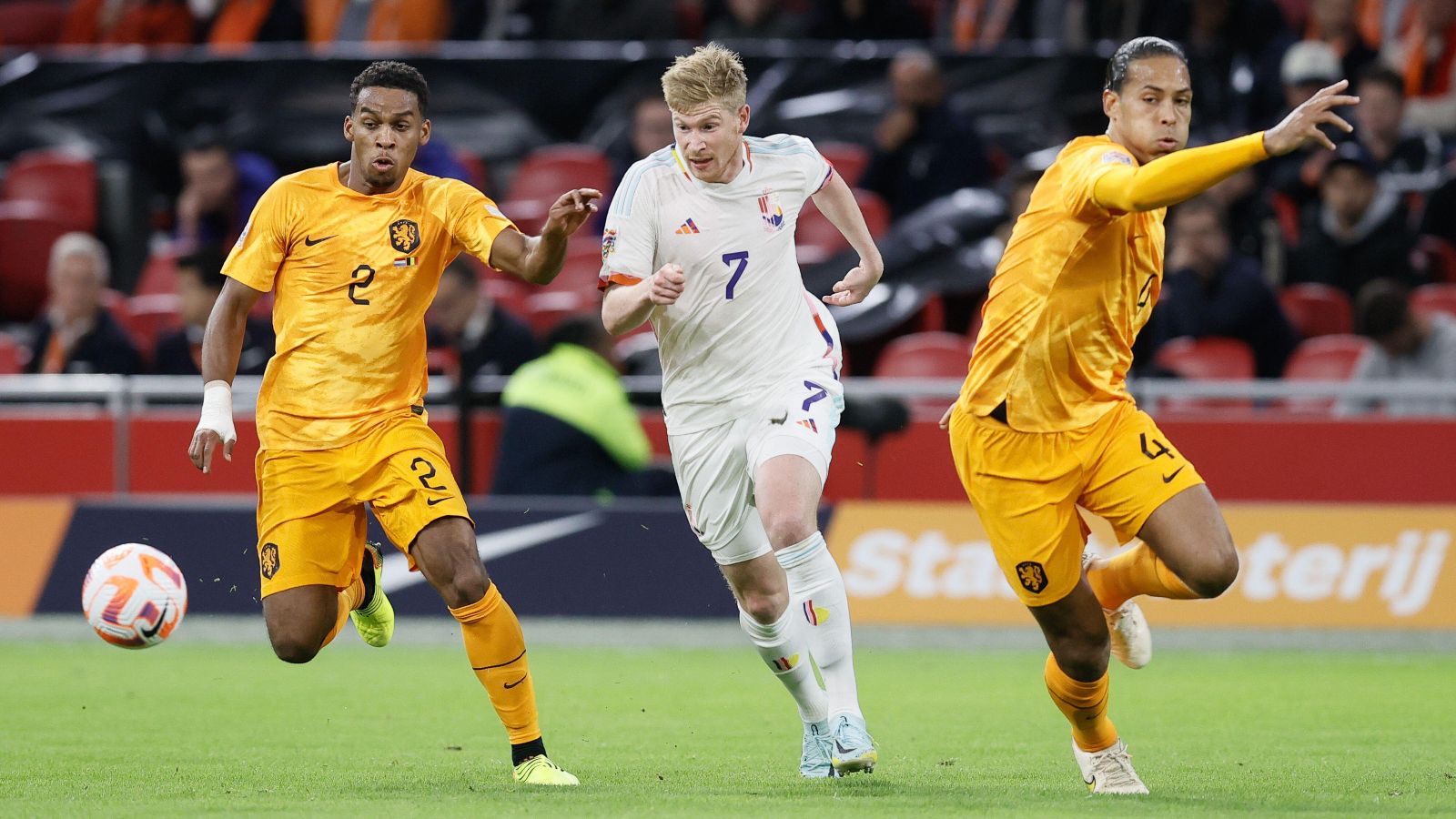 Marco van Basten has questioned Virgil van Dijk as he thinks that the Liverpool defender is being overshadowed by ex-Man Utd target Jurrien Timber.

The last couple of seasons have been a rollercoaster for Van Dijk.

He missed most of the 2020/21 campaign after suffering an ACL injury following a challenge from Everton and England goalkeeper Jordan Pickford.

The centre-back returned to full fitness before the 2021/22 campaign and his presence helped Liverpool challenge Man City for the Premier League title.

The Reds even pushed for an unprecedented Quadruple but they were made to settle for two trophies in the end. That was underwhelming but it was a positive outcome for all fans of clubs other than Liverpool.

Van Dijk has grown to be one of the best defenders in the world but he has been questioned at the start of this campaign with Liverpool struggling as a whole.

The 31-year-old has been afforded a welcome break from club football during this international break.

The Netherlands are on a great run of form ahead of this winter’s World Cup as they are unbeaten in 15 games.

Van Dijk captained the Netherlands as they beat Poland and Belgium in the UEFA Nations League over the past week. These results earned them the top spot in League A Group 4 after five wins and one draw.

Van Basten has not been convinced by Van Dijk, though. The 57-year-old does not believe that the Liverpool star is doing enough:

“Jurrien Timber is our biggest strength in defence,” said Van Basten (via The Metro).

“He always takes the initiative just like Nathan Ake while actually, the best defender (Van Dijk) takes the least initiative of the three which is weird, that such a great centre-back does so little in the build-up.

This praise for Timber comes after he was targeted by Man Utd during the summer transfer window.

Timber penned a new contract at Ajax in the summer and he is in great form. Van Dijk thinks the defender “has so much potential”:

“I wasn’t nearly as far along as he is now [at the same age],” Van Dijk said of Timber.

“I have nothing but praise for him. He is a great player and a true professional.

“He has so much potential. Hopefully, he can develop further. Then it will be all right, I think.”