Home Liverpool Liverpool star: We must play like we don’t have anything to lose 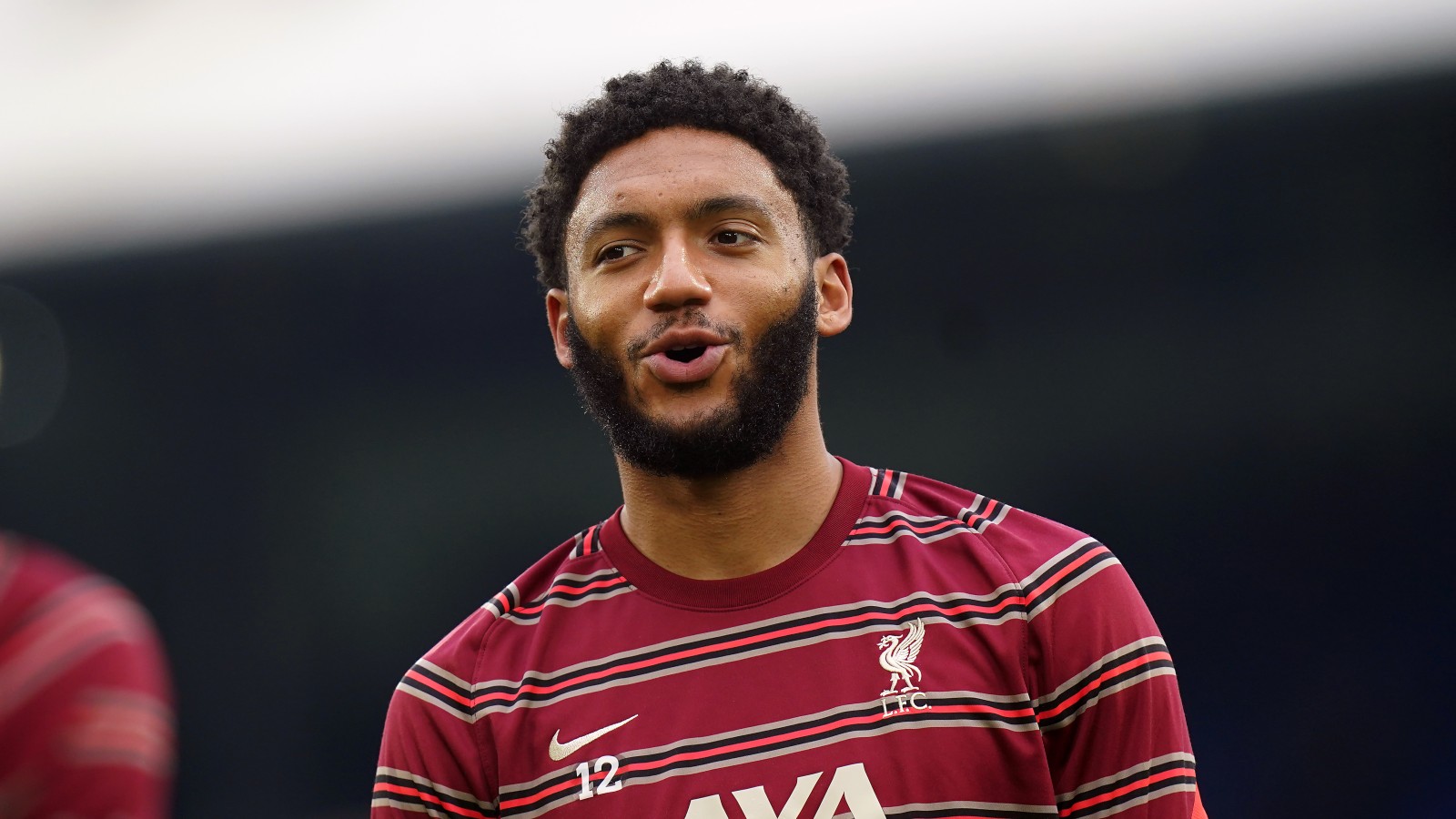 Liverpool defender Joe Gomez has urged his teammates to not play like they have anything to lose as they search for more success this season.

Jurgen Klopp’s side are currently one point behind Manchester City in the Premier League title race and will face off with Pep Guardiola’s side next weekend.

The 10 most substituted players in the Premier League this season

They also have a Champions League quarter-final against Benfica coming up in midweek as well as a FA Cup semi-final at Wembley against City in two weeks time.

Having already won the Carabao Cup earlier this season, Liverpool are still on for the quadruple and defender Gomez has admitted they have a huge period coming up, but they mustn’t play like they have everything to lose.

Speaking to Liverpoolfc.com, Gomez said: “It’s massive. I think all we can do is give it our all and not see it like we have anything to lose, it’s everything to gain.

“It’s where we want to be, fighting for all competitions. It’s not about overanalysing it, [it’s] just taking it a game at a time and going for all of it.

“All we can do is focus each week on the games ahead. We know it’s going to be a big run-in, hopefully with us being successful in all of them.

“So, we’ve all got to play our part to be ready and go again every few days.”

In the 2-0 win over Watford on Saturday, Gomez filled in for Trent Alexander-Arnold at right-back and provided an assist for Diogo Jota’s opener.

On the work he has done to improve his offensive threat, Gomez added: “Yeah, I won’t get ahead of myself, obviously I try to listen to the coaching staff and be in a position to support offensively as well.

“Today, Jots said to me in the dressing room [I’d get] an assist, so maybe he spoke it into existence.

“It’s just about doing the best for the team and trying to work as a collective to get the three points, whatever the game requires tactically. Today there were opportunities out wide, I think we used it well as a three and that’s all we can do.”

Gomez has fallen out of favour in the England setup after suffering a serious knee injury last campaign and he has admitted he isn’t looking too far ahead to the World Cup.

“Obviously, that’s a goal of mine. [I’m] not looking too far ahead, but there’s a World Cup this year and it’s obviously a goal of mine to try to do all I can. I know the focus starts here, I can’t think about the outside and so on.

“All I can do is try to apply myself here and hopefully reap the rewards of that. Of course, it is an aspiration, but the main thing is applying myself at Liverpool and seeing what comes of it.”