Home All The News Liverpool stars ‘swearing’ at youngster explained 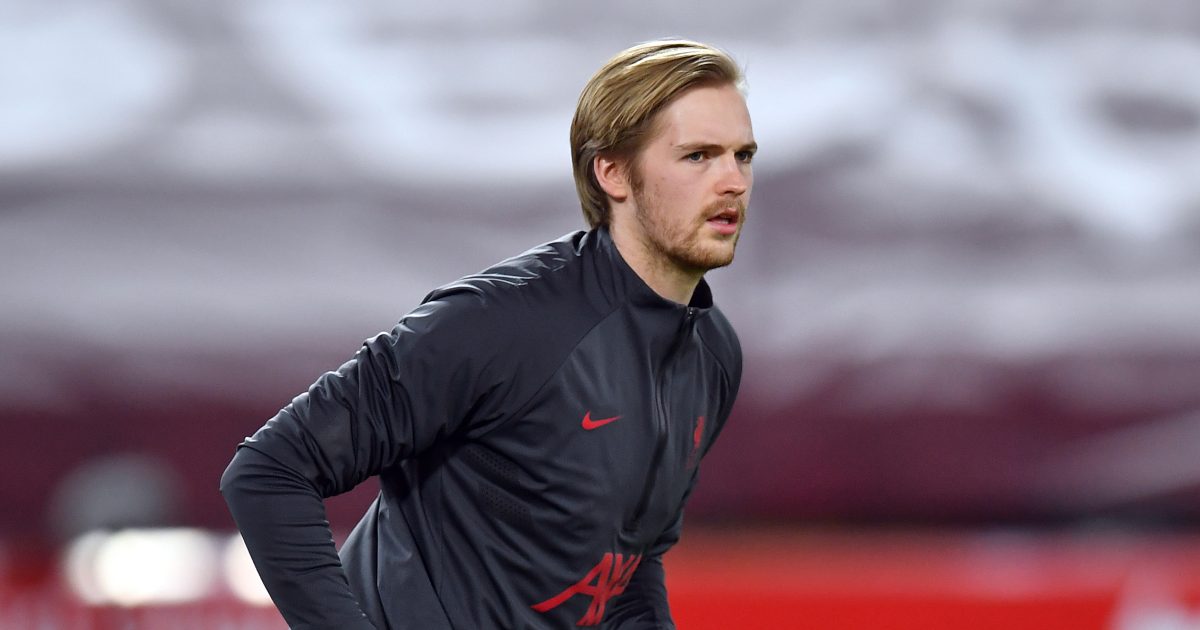 Liverpool assistant Pep Lijnders has revealed the unlikely winner of the ‘the most spectacular goal award’ in a pre-season training tournament and explained why one youngster left senior players “swearing”.

The Reds are currently at a training camp in Austria as they prepare for the new season.

Jurgen Klopp’s side drew 1-1 with Wacker Innsbruck and VfB Stuttgart in 30-minute pre-season games on Tuesday as a host of youth team faces featured.

That was followed by an inter-squad game on Wednesday which saw a ‘young’ side – skippered by Trent Alexander-Arnold – take on a more senior Liverpool XI.

Alexander-Arnold’s team were victorious and Lijnders explained in his training diary for Liverpoolfc.com that the most spectacular goal came from a regular Liverpool substitute, although Sadio Mane also scored a cracker.

Lijnders told Liverpoolfc.com: “During Wednesday morning’s session, the volley of Kostas [Tsimikas] smashing it in with his left foot probably won the most spectacular goal award.

“Sadio also scored one with his left foot from an impossible angle, so not sure who I would give the most spectacular goal award to.

“The young team won the finishing tournament; Trent was using his shooting skills to lead them to victory.

“I told him after the games on Tuesday that in the U16s he scored so many from a big, big distance.

“Maybe he took that on board, or it’s just the competition between old and young… probably the latter, haha!

“The young team showed that every way into the goal is the right way. The ugly ones count the most!”

Although Lijnders picked out Mane and Tsimikas for their shooting quality, it was backup goalkeeper Caoimhin Kelleher who stole the show for the young side, leading some of the senior players to share some choice words.

“But, to be honest, the player of the tournament was Kelleher,” Lijnders added.

“His shot stopping and speed reactions were just insane. It shows that a goalkeeper can win you tournaments.

“There was some swearing from the older players towards him!”