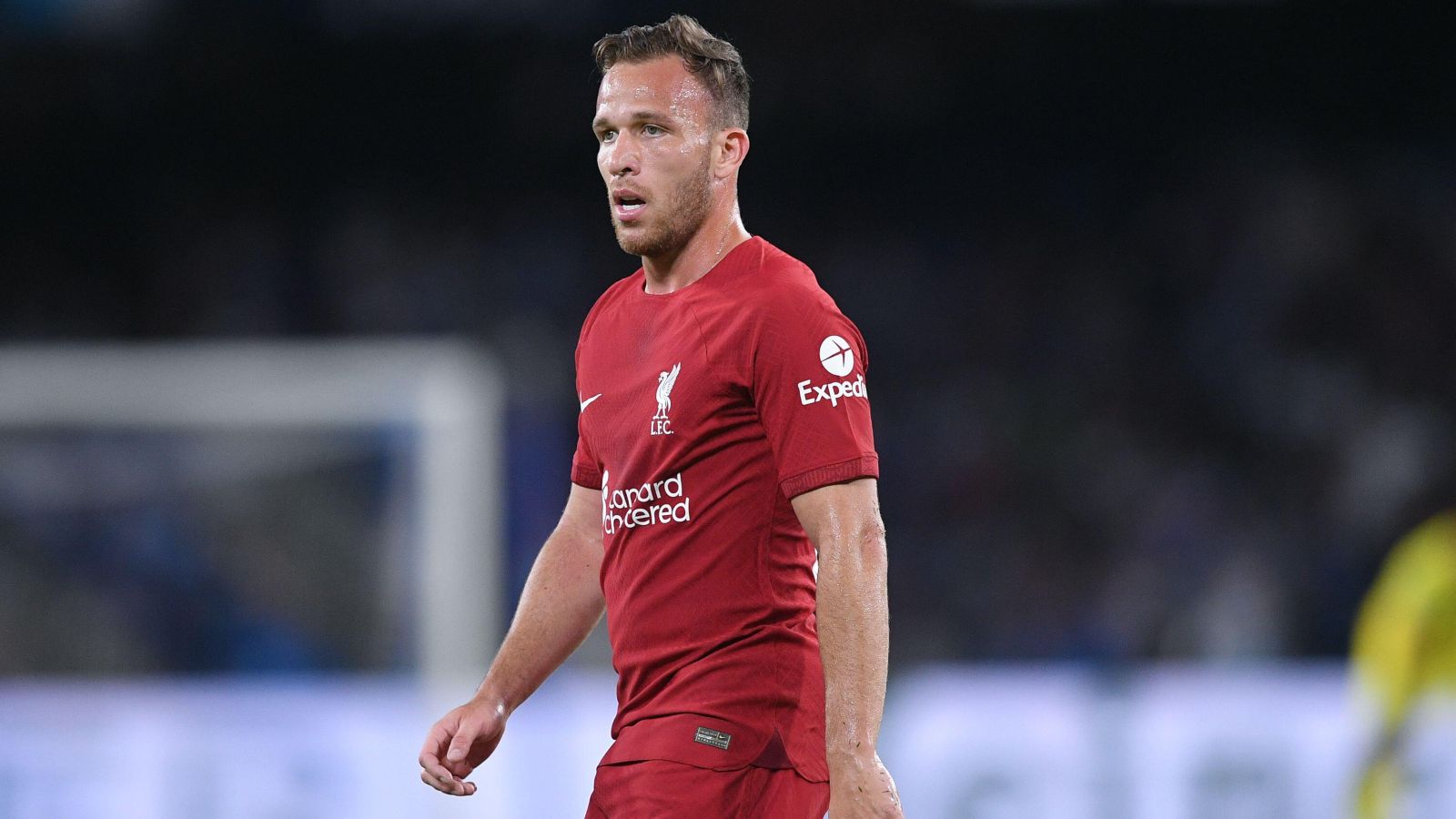 Liverpool legend John Barnes claims that summer signing Arthur Melo is not a “stopgap” or “a signing like Jude Bellingham”.

The Reds signed the Brazilian on deadline day after a mixed start to the new Premier League campaign and injuries to a number of midfielders.

Arthur joins on loan from Juventus until the end of the season with the Italian club confirming that Liverpool have an option to make the move permanent if they wish.

Borussia Dortmund midfielder Jude Bellingham is widely reported to be the top summer target at Liverpool with the Reds biding their time to hopefully seal the right signing.

Klopp insisted in early August that it would “make no sense” to bring in another midfielder in the summer. He said: “It is summer and the transfer window is open, then everyone expects some player signings. We will see what happens. Let’s go through the squad. Do you want to buy a new fullback? A new goalkeeper? We already have good players there.

“In midfield, we have players with a lot of experience, such as Thiago, Fabinho, Henderson, Alex Oxlade-Chamberlain and Naby Keita. In addition, we have exciting young boys in Harvey Elliott and Curtis Jones. In the attack, we have Sadio Mane, Roberto Firmino, Mohamed Salah, Diogo Jota, Xherdan Shaqiri, Takumi Minamino and Divock Origi.

“I’ve definitely forgotten someone… If you want to buy such players, you have to spend a lot of money. We do not have to do that, because the players are already here.

“You have to make changes from time to time, but then there must be room to do it. We do not want more players. If something happens somewhere, something can happen somewhere else, but it makes no sense to add more players.”

Before Klopp conceded towards the transfer deadline that Liverpool were looking to sign a new midfielder.

Klopp said: “Are we after a midfielder? Ish…closer we get to last minute…more like [they don’t]. I couldn’t [give you a name]. It’s difficult because for sure there a few who are right but there are different issues, at clubs who don’t want to sell, that’s how it is.

“There’s still time but when it’s over, whether someone signs or not, I am really happy as it’s over and we can just focus on the squad we have. Face the situations we have together. Our fans are active on social media so they can stop doing that. We have a good football team.”

Klopp added: “Signing players never makes sense if they are not the right ones, why would you do that?”

“I am not careful, we get told what is possible and what isn’t. That’s it. In this range we try to work it. There’s no criticism, we became champions in a season when we didn’t sign anyone. We have an existing team as well. All the players we have here we want to be here.

“I want to develop the club, the squad and be successful.”

Liverpool legend Barnes thinks Arthur could end up being part of the Reds’ long-term plans if he impresses this season.

Barnes told BonusCodeBets: “Well, of course we know what a good player he (Arthur Melo) is.