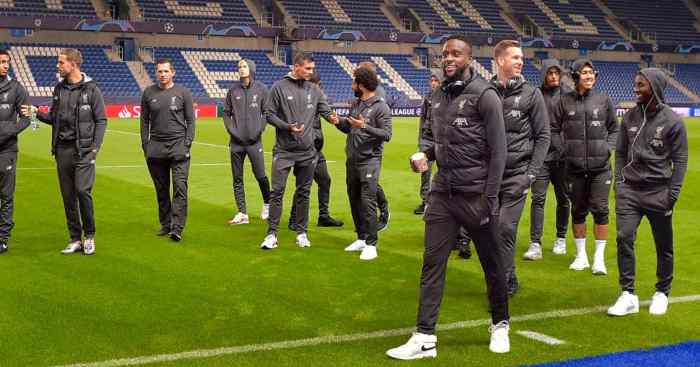 Liverpool striker Divock Origi won’t rule out the possibility of rejoining Genk in the future but that a return is “far from on the agenda”.

The Belgium striker could be in line for a second successive start for the Reds in his native Belgium on Wednesday; that despite Mohamed Salah being available again to Jurgen Klopp, but with the possibility of the Egyptian being held back for Sunday’s showdown with Tottenham.

Having started his career with Genk, the match against his boyhood club will present Origi with a rare opportunity to face his former side – a fact made all the more special given his father also played for the Jupiler Pro League side.

Ahead of the match, Het Nieuwsblad (via Sport Witness) asked Origi if he’d one day return to the club he first left in 2010 with a short hop across the border to play for Lille in Ligue 1.

And the striker insisted he was ruling nothing out, despite being content with his lot at Liverpool right now.

Responding to the question of whether he’d consider playing for Genk again, Origi said: “I’ve received that question many times, you never know. Genk is my favourite club in Belgium and my father has played there. But a return is far from on the agenda.”

Origi also revealed that Klopp was very quick to question him about Genk once it was confirmed Liverpool would be in the same Champions League group.

“Yes [Klopp knows I played at Genk], because when the Champions League draw was held, we were on the training ground,”  Origi explained.

“The names of our opponents were confirmed and the coach immediately asked me some questions about Genk.”

Liverpool sit third in Group E going into Wednesday’s clash in Belgium but could claim top spot with a positive result.