Home Liverpool Liverpool stuck in a hole; Klopp is holding the shovel 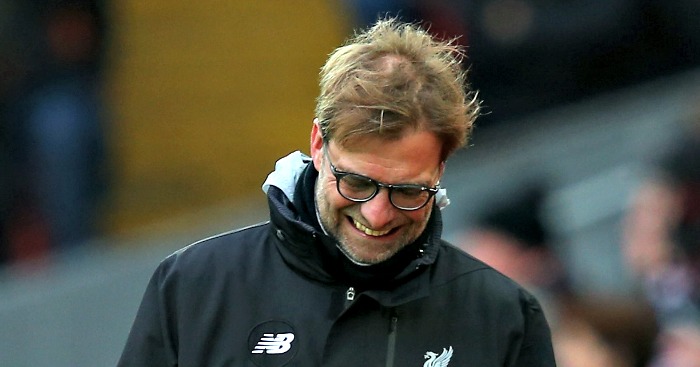 Jurgen Klopp compared his recent struggles at Liverpool to building a house earlier this week. “You start building and you’re full of enthusiasm,” he said.

“You start in summer and the weather’s good. Then November comes and it’s still not finished, the weather is not so good. Do you stop building then? It makes not too much sense.”

It was a charming simile – although not as appropriate as one his predecessor once used – and it made a simple but effective point: a cloud might be gathering around Liverpool’s season, but they will weather the storm.

On Saturday, the comparison fell on deaf ears. For while a degree of sympathy can be expressed towards the German with regards to the pressures placed upon him, he really is not helping himself. The man in charge of the construction of Liverpool’s house continues to employ the wrong methods, the wrong tools and the wrong builders.

Klopp made nine changes to his starting XI for the FA Cup fourth-round tie with Wolves, and he paid the price. The Reds slipped to a third consecutive defeat. Each have come at an increasingly agitated Anfield. Each have been deserved. Swansea, Southampton and now the Championship side have made their own alterations – as did Burnley and Bournemouth before them – but it seems that everyone now owns a copy of the blueprint of how to beat this side.

From the first minute to the 90th, Wolves were in control. Liverpool had the majority of the possession, but this was a case of the elder sibling being held at arm’s length by the little brother. The visitors took the lead after 53 seconds, doubled it before half-time, and completely restricted the hosts thereafter. A small section of fans booed Liverpool off at half-time, having seen Wolves complete more tackles, have more shots, have more shots on target, create more goalscoring opportunities, have more dribbles and, most importantly, score more goals. It was difficult to say which was truly the Championship side.

Philippe Coutinho, Daniel Sturridge and Emre Can were introduced in the second half, but the sterile domination continued. Their first shot on target came in the 60th minute, and had almost four-fifths of possession. Yet Wolves stood firm, the immovable object meeting the eminently stoppable force.

The result will hurt Klopp. It is Liverpool’s eighth game of 2017, of which they have won one – a 1-0 replay victory over League Two Plymouth. They have scored eight goals in their last nine fixtures. This is no blip.

But the performance will raise yet more questions of a manager who looks increasingly incapable of answering them. This game exposed Liverpool’s chronic lack of squad depth further, with no player even coming close to staking their claim for a regular place. Loris Karius’ recent steps forward are followed by yet more backwards, Alberto Moreno was poor, and not one player assumed any responsibility or leadership. The Reds’ best starting XI can contend with the best sides in the Premier League; their reserves were comprehensively outplayed by a side 18th in the Championship, and who themselves made wholesale changes.

Many will point to the meeting with Chelsea in a matter of days, which will be Liverpool’s ninth game of January. Fixture congestion renders Klopp’s hands tied; what choice does he have? But surrendering the final realistic chance of a trophy with four months of the campaign remaining places an incredible amount of pressure on the first team. Adam Lallana, Jordan Henderson, James Milner and the rest of the players afforded a game off will not be immune to the negativity that has pervaded Anfield. The reserves will not have been the only ones to have heard the boos at both half-time and full-time. Confidence and momentum is a difficult thing to regain. A result must be secured against the Premier League leaders on Tuesday; their season might well depend on it.

This time last week, Liverpool were third in the table and still openly discussing the title. They were in the semi-finals of the EFL Cup. They had been handed a home draw against lower-league opposition in the FA Cup. Seven days later, pessimism has replaced positivity. A title race has transformed into a top-four battle; their domestic cup hopes are over before February. Liverpool are stuck in a hole, and Klopp is the one holding the shovel. This is the house that Jurgen built.